The driver of a tractor which collided with a 72-year old cyclist in January has been fined £80 by Mold Magistrates' Court.

Rod Bartley, described as "one of the fittest people we knew" by his family, was out on a training ride on January 11, when a tractor controlled by Ian Francis turned right across his path.

Mold Magistrates' Court found Francis guilty of driving without due care and attention, and fined him £80, with an £85 costs charge, and six points on his driving license.

Mr Bartley's family argue that the incident which left Mr Bartley, from Mold in north Wales, with "catastrophic spinal injuries" and rendered him tetraplegic was deserving of a harsher punishment.

The 72-year old underwent 3 and a half months of rehabilitation at the Midlands Centre for Spinal Injury and now lives in a temporary home with wheelchair access and enough room to house his carers.

His family have said in a statement released this week that they are "very disappointed" in the punishment.

Mr Bartley's daughters Emma Johnson and Caroline Lloyd, are the behind the statement which tells of how difficult the time since the incident has been for both the 72-year old and his family.

“This has been the most difficult time in our lives and we are very disappointed in the sentence as we do not think it is reflective of the severity of the injuries our Dad has endured," the statement reads.

"At 72 our Dad was one of the fittest people we knew, his life revolved around his family and his love and passion for cycling and golf."

An avid cyclist and long-term British Cycling member, Mr Bartley's Strava profile page is a portrait of a passionate cyclist. The 72-year old didn't let the grim north Wales autumn and winter deter him from racking up near-1000km months from August through to October; even topping 500km in December and January.

In the 11 days between the start of 2016 and the incident that left Mr Bartley paralysed, he had already racked up 372km over five rides. The immediate drop off in activity and absence of rides since is a stark reminder of the severity of the Mold resident's injuries

The statement continues: “He now needs round the clock medical care from a team of carers who assist him with all aspects of his life. Words cannot describe how awful this has been for our Dad and the impact it has had on the whole family.

“Dad was an active grandparent to his four lovely grandchildren, he can no longer hug and hold them, play with them, collect them from school and be the independent man he always was."

Mr Bartley has appointed British Cycling's solicitors, Leigh Day, to pursue a claim for damages on his behalf.

Meanwhile, the family's statement concludes by speaking of their thanks for the emergency services, NHS and their team of carers, as well as their ambition to keep on living their lives.

“We will carry on with this new way of living, making Dad and Mum’s life the best it can be through the love and support of all of our family and friends," the statement says.

“We would like to thank PC Phil Paddock and North Wales Police for their support and professionalism, the NHS and all of the dedicated medical staff at Stoke and Gobowen, our case workers and our new team of carers.” 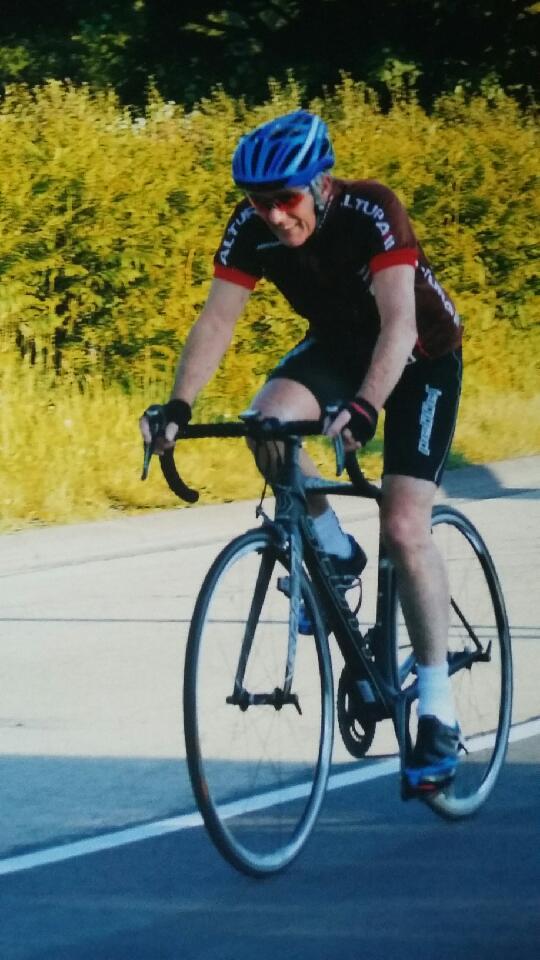