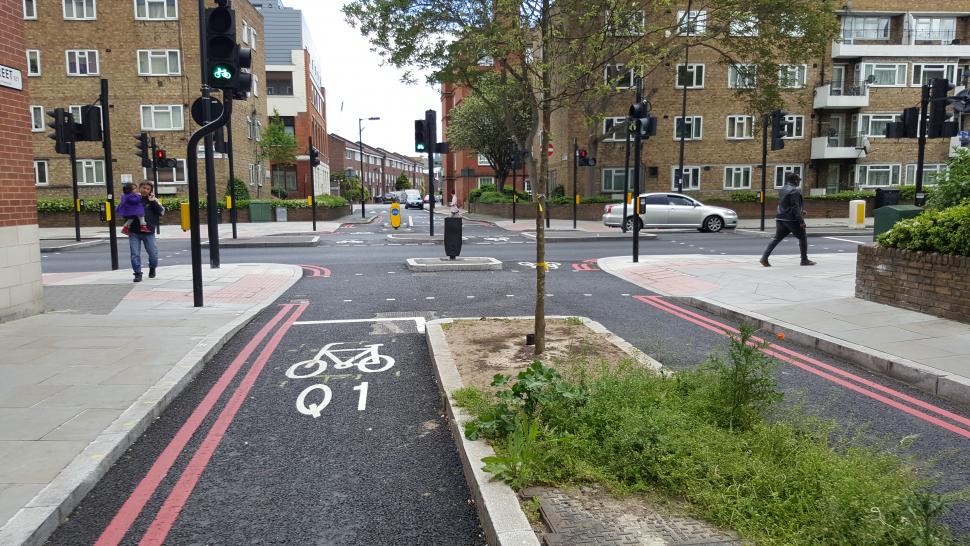 Gilligan: Quietways programme is a failure

London's former Cycling Commissioner says reluctance of boroughs to block streets to rat running traffic means only one of seven "Quietway" routes will be any good...
by Laura Laker

Pictured: Quietway, Q1, from Waterloo to Greenwich; will be the only one of an acceptable quality, according to Andrew Gilligan

London’s Quietways are at risk of death, if action isn’t taken to save them, according to London’s former Cycling Commissioner, Andrew Gilligan.

Gilligan told the Hackney Cycling Conference on Friday that of seven proposed quiet routes through borough-controlled roads, only one will be of an acceptable quality, because most London boroughs won’t close streets to rat running traffic.

Boris Johnson’s former cycling csar, who said air quality is to the 21st Century what clean water was to the 19th Century, and that struggle can’t be won without cycling, also revealed he will continue campaigning for cycling, as part of a coalition called Human Streets.

Gilligan said: “I think the Quietways programme is a failure at the moment. There’s going to be a couple of good ones, but not many more.”

Admitting it was always the programme he was “most worried about”, he said: “the key thing that was supposed to happen with Quietways – filtering - isn’t happening on the whole”.

He referred to Hackney’s Quietway, which road.cc reported on last week. Many believe without reducing rat running on these routes, those currently too afraid to cycle won’t be persuaded to do so. However, fears from local residents over the effect of road closures on traffic and air quality have prevented Hackney Council from trialling “filtering”.

Gilligan said: “If you can’t get road closures through in Hackney, we need to ask ourselves: is this programme worth anything at all?”

“It is discouraging how little progress there has been on Quietways. We’ve got five segregated Superhighways in place now, on extremely difficult roads, busy roads, with massive traffic, massive political sensitivity, and we did that. We haven’t got a single Quietway route open, not one.”

He said Q1, from Waterloo to Greenwich (pictured above), will be an “acceptable quality”, but there are no signs the others will be any good.

The main problems, he says, are disagreements over the quality of the routes between TfL and the boroughs, and because too few staff in TfL have been appointed to the Quietways programme. He says these staff are essential to anticipate objections and manage stakeholders. Gilligan describes the Quietway programme as “at a very clear risk of death” unless they are “much more actively managed by TfL (Transport for London)” in the same way the Superhighways were.

He says cycling is a key tool in cleaning up London's air and needs to be used by the new Mayor.

He also broke the news he will keep working for cycling.

“I’m still going to be involved in cycling advocacy more broadly”, he said, “and a group of us are coming together to set up a blog, which will be called Human Streets, and will hopefully keep up the pressure on the Mayor and others for cycling improvements. It will draw on my knowledge, it will draw on my time at City Hall, but it will be broader than that as well,” he said.