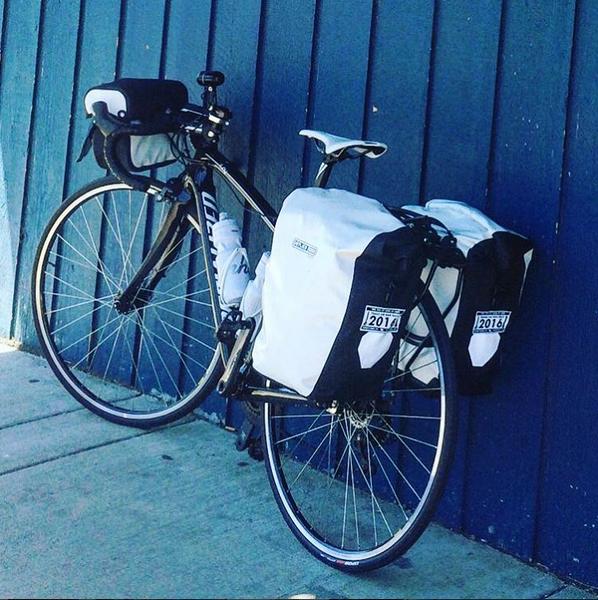 A London cyclist taking part in the TransAm Bike Race has raised more than £3,600 on a crowdfunding site towards the cost of a new bicycle after the one she was using was stolen in Oregon just three days into her ride.

Williams managed to source a replacement bike, frame size 48, further along the route in Colorado and a Go Fund Me page was set up to raise funds to buy it.

Currently, nearly 100 people – many Oregon locals who expressed anger at the theft – have raised more than £3,600 for her.

On the Go Fund Me page, Williams’ sister wrote:

So, my sister Amy is 3 days into an endurance race called the TransAm. Competitors cycle across the entire width of America. She has trained and dreamt about this race for months, talking of little else.

Her bike was stolen from outside a cafe yesterday afternoon in Oregon. She is currently stranded with literally only her cycling outfit (and luckily her phone, passport and credit cards).

Instead of quitting and letting these thieves ruin her lifetime ambition she wants to get back on the bike. She has been totally self funded thus far and unfortunately has no more funds to buy a replacement bike. We are hoping friends, family and bike enthusiasts might be willing to spare a couple of £/$ to get her back on the bike and finish the race (and restore her faith in humanity).

In a subsequent message, she added:

Our entire family and most of all Amy appreciate all your kind words and donations - the response really has been phenomenal. Amy is very busy getting herself and a new bike to Colorado to rejoin the race. Insurance has confirmed they won't pay a thing so this will all be used to get Amy and her new bike back on the tarmac which would not have been conceivable without your support.

You can follow Williams’ progress once she is back on the bike through live tracking here.