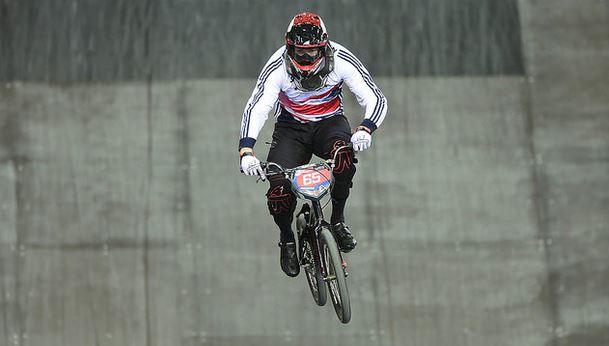 Liam Phillips has said that his girlfriend Jess Varnish’s omission from the Great Britain cycling squad is “quite questionable.” The BMX rider, who will compete in the BMX World Championships in Medellin next week, does not accept that the decision not to renew her contract was a performance-based decision.

"I think it is quite questionable why Jess is no longer part of the GB cycling team," said Phillips in an interview with the BBC.

Speaking to The Telegraph, he said: “The lack of focus on performance during all this – it is indefensible in my view. Complete codswallop.”

Despite losing her contract in April, Varnish has continued training in Australia and plans on meeting the new Performance Director at British Cycling, Andy Harrison, upon her return to the UK in the hope of making a case to win back her place.

Phillips admits her chances are slim: "While we are still hopeful, we're not stupid and we appreciate there is a selection document to follow. I'm just hopeful we will get through this investigation and everyone will have their say and things will become clearer post-Rio."

Varnish’s case is also hampered by the fact that the women’s team sprint failed to qualify for Rio. This means she would have to oust either Katy Marchant or Becky James for one of two individual women’s sprint spots.

Phillips also had something to say on the omission of British National Champion, Tre Whyte, for the BMX World Championships. While he said he understood why Whyte might not be selected, he questioned why he was not being allowed to self-fund a trip. Whyte did this for the same event in 2014 and won a bronze medal.

“As it stands we are still in with a shot of qualifying three guys for Rio,” said Phillips. “I was lucky enough to be sent to Beijing in 2008 solely for experience. Why not try and get three guys to Rio and then it gives us options? If Tre is medal-capable send him. If he’s not, send a junior for the experience. It’s bizarre.”

Describing Shane Sutton’s departure as “a massive weight lifted off everybody’s shoulders,” Phillips said he felt he himself should have had “more support and a little bit more respect from senior management" in recent times. He also claimed that the Australian failed to applaud him when he won a fourth successive UCI BMX Supercross World Cup in Manchester in April.

“That, for me, was the final straw. I went to see him in his office and said ‘it feels to me like you don’t want me or the programme to be successful’. He was like ‘how do you know I didn’t [applaud]?’ Well, my best friend of 20 years was stood right next to him.”