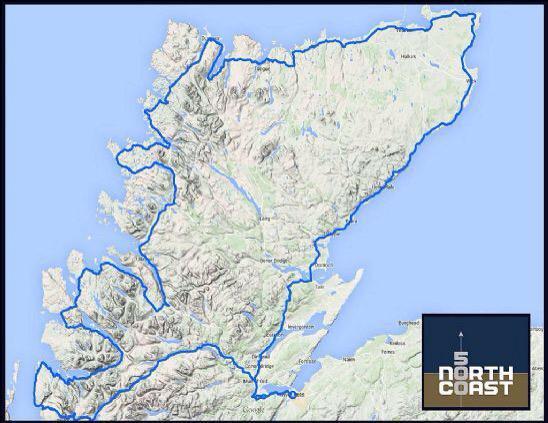 Seven female cyclists have ridden a team time trial along a route nicknamed “Scotland’s Route 66” in just under 36 hours, beating the target they had set themselves as well as the record of 37 hours 58 minutes posted by Mark Beaumont when he rode it solo last year.

She was joined by fellow founder members Emily Chappell, Rickie Cotter, Anne Ewing, Gaby Leveridge, Zara Muir and Jo Thom on the ride, which began on Saturday morning and finished in the Highland Capital yesterday evening.

Other cyclists joined them for part of the route, which includes the climb of the Bealach-na-Ba, Scotland’s third highest road and which ascends from sea level at Applecross to 626 metres, making it the highest road climb in the UK.

Writing on her blog when it was launched, Craigie outlined why she and the other members of The Adventure Syndicate had decided to set it up:

Women and girls can be discouraged from participating in sport for any number of social and psychological reasons but The Adventure Syndicate believes that independent, adventurous travel may succeed where more traditional routes have failed.

Although many women and girls are not attracted by the more overtly competitive elements of cycling, the personal and social benefits of riding for adventure or exploration can ensure a similar beneficial outcome. In addition, the possibilities for empowerment through the planning and execution of an adventurous bike ride can have untold benefits on participants’ self-esteem and confidence.

She also summarised The Adventure Syndicate’s goals as follows:

– to provide an alternative, diverse, powerful female sporting model in the cycling industry where the activity, and not the looks of the participant, takes precedence.

More information about The Adventure Syndicate can be found on its website.