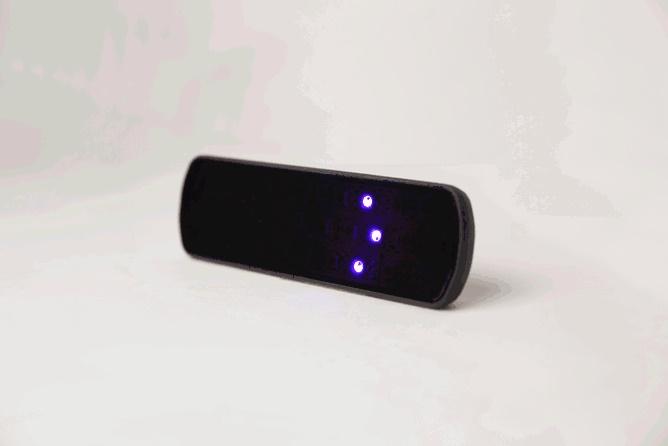 A team from Toronto has developed gesture-controlled bike light indicators. Pax Cultura Studios are now looking to raise 8,000 Canadian dollars for their product, known as SIX, via Kickstarter.

The device works in combination with a smartwatch or similar device, identifying when a cyclist is making a hand signal and then activating the appropriate light.

A swipe left or right on the touchscreen of the user’s phone is another way in which indicators can be operated, while a ‘medium-to-fast deceleration’ is said to trigger the brake light.

Two members of the team were hit by vehicles while cycling despite making hand signals. Pax Cultura Studios founder, Justin Girard, said that visibility was a problem in both cases.

"It normalises the appearance of the bike to other drivers on the road," he said of his product. He argues that some motorists aren't familiar with traditional hand signals and would be more likely to notice a flashing light – particularly at night.

Although the team is only looking to raise $8,000 to fund the project, there are a number of other aspects of it that they would like to develop should they raise more. These include support for a greater number of wearable devices, different signal patterns (include one based on KITT from Knightrider) and front, back, left, and right units ‘for the very safe’.

At the time of writing, around $2,500 had been raised with 20 days of the campaign left to run.

Last year we reported on the Lumos helmet, which features built-in indicators and brake lights. The helmet easily surpassed its funding target on Kickstarter and is due to be released in September. A handlebar control operates the indicators while the brake lights function automatically.