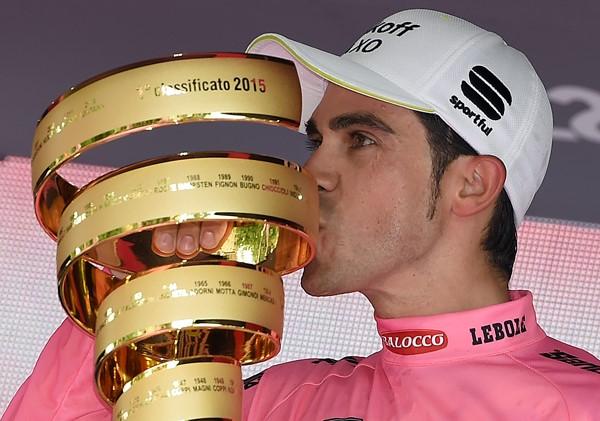 The Spaniard’s current team, Tinkoff, is set to fold at the end of this season with Russian entrepreneur Oleg Tinkov having said he plans to end his involvement with cycling.

Contador himself has reportedly changed his mind about retiring at the end of the current season.

Saronni told Italian sports daily La Gazzetta dello Sport: “We’ve already had some contact with Alberto Contador. Who wouldn’t be interested in such a rider?

A move to Lampre-Merida would reunite Contador with sports director Philippe Mauduit, who worked alongside him at his current team for four season before joining the Italian outfit for 2015.

Following his victory at the Tour of the Basque Country last month – the fourth time he has won the race – Contador said that he had rethought his plans to retire.

"After going round in circles and discussing it with my family and my people I have come to the conclusion that I enjoy what I'm doing and I'll put the idea of leaving cycling to one side," he said.

"I'll continue doing what I enjoy and that day (when I retire) will come without warning.

"It sounds crazy but since I announced I was going to quit I received an incredible amount of messages telling me not to retire," Contador added.