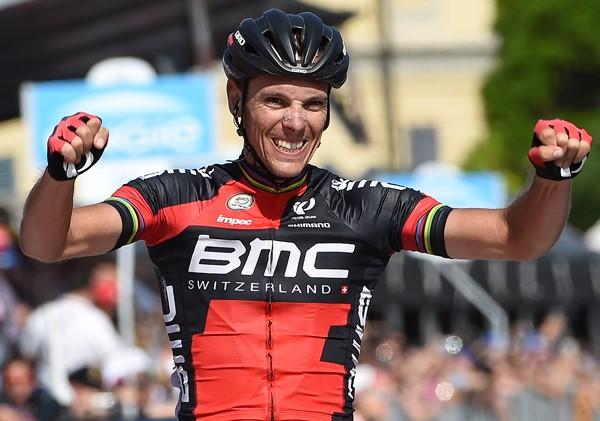 Belgian police have confirmed that the two men involved in an altercation with Philippe Gilbert were not intoxicated as reported in a BMC media release. According to a report in Het Nieuwsblad, Gilbert was also said to have been carrying pepper spray, which is considered a weapon in Belgium and for which he could be prosecuted.

Gilbert suffered a fractured finger in the April 8 incident, which also involved team-mate Loic Vliegen and an amateur rider who had joined them while they trained. Although BMC said the two men in the car were ‘intoxicated’ it seems this was not the case.

Gilbert says he regularly carries pepper spray in his pocket in case of such incidents. "A cyclist is absolutely defenseless against others,” he said.

While it is not banned where he lives in Monaco, Belgium’s Weapons Act states that possession or use of pepper spray is punishable by one month to five years imprisonment and a fine of 100 to 25,000 euros.

Outlining his version of events, Gilbert says that the three cyclists were riding from Spa to Theux with himself and Vliegen side by side at the front. A car overtook and gave them very little space. The riders expressed their displeasure verbally and with hand gestures and the driver slowed to wait for them.

Vliegen said the driver’s window was open and he turned to speak. "But the man jerked the wheel and turned to the left. It had me clinging to the vehicle in order not to fall.”

He said the driver then grabbed his right arm by the sleeve and accelerated, taking him into the left lane with a head-on collision with an oncoming car narrowly avoided only because that vehicle hit the brakes.

The riders say they saw the car again in Theux and went to speak to the driver. At this point, the scuffle in which Gilbert’s finger was broken took place. Gilbert said there were several witnesses.

The two men in the car, brothers James and Stephen Henroye, say this version of events is untrue. Speaking to HLN.be they describe Gilbert as being aggressive and unreasonable and suggest that he may have been intoxicated himself. They accuse Vliegen of trying to punch the driver and say the pepper spray was used against them.