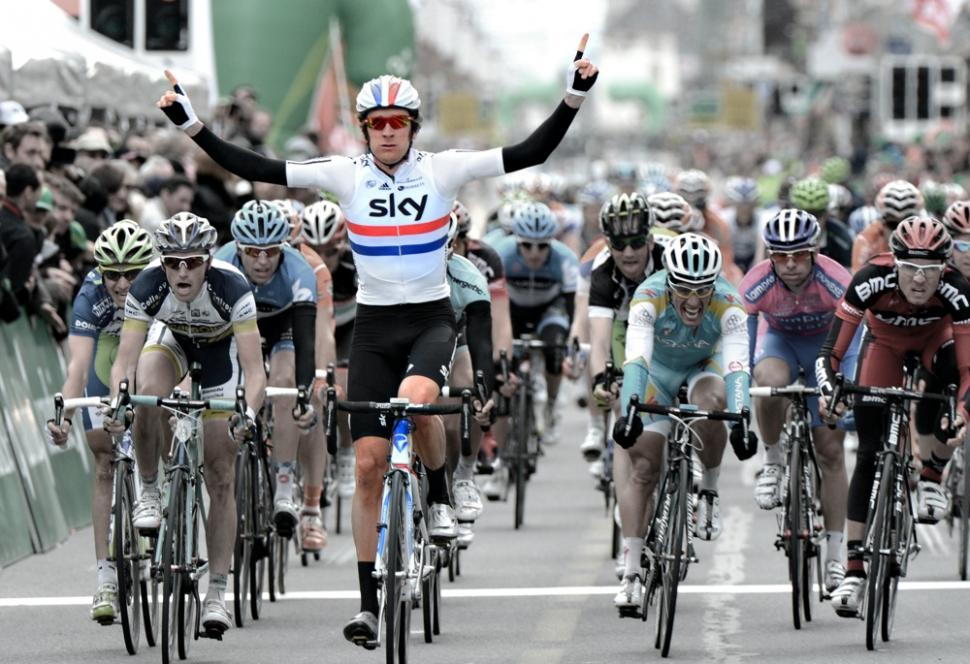 Cyprus cyclists to be fined for taking hands off handlebars

List of punishable cycling offences proposed by government is astounding - but doesn't include helmet law...
by Sarah Barth

Cyclists in Cyprus are appealing for a new law that would require them to keep both hands on the handlebars to be postponed for a re-think.

The Cyprus Cycling Federation has asked that the bill be held back for amendments, saying that while it is fine in spirit, the details may deter people from cycling.

The bill, aimed at promoting safety among motorists and cyclists, introduces penalties for a number of offences, among them, cycling without both hands on the handlebars unless indicating, cycling in pedestrian areas, towing objects by bike or holding a pet on a lead while cycling. Giving a passenger a lift on a bike is also outlawed.

Other measures deal with motorists who park in bike lanes and traffic law contraventions.

Discussion on the bill at the House transport committee concluded on Thursday and it now goes to the plenum for a vote on April 14, the last day of the current parliament, where it is most likely to pass unanimously, the committee’s chair Antonis Antoniou told the Cyprus Mail.

If so, the new law will come into effect from October 1.

On-the-spot fines could range from €25 to €85, with court hearings and higher penalties for repeat offenders.

A €50 fine is proposed for leaving an object in a bike lane, failing to use lights at night or ignoring traffic signs.

A cyclist being towed by another vehicle will get a €25 fine.

A driver who fails to ‘adjust his car’s speed and course to facilitate cyclists’, or who parks on a bicycle lane, faces an €85 fine.

The same applies for drivers whose road behaviour disrupts the course of a cyclist, and who do not give priority to cyclists where necessary.

One measure not covered by the bill is the use of bike helmets, although the committee said it might revisit the issue.

The Cyprus Cycling Federation said that with a few amendments, “it can be a great tool toward the growth of cycling in Cyprus, but also to  attract athletes on the island”.

For instance, a spokesman said, there is a provision which stipulates that in the case of four or more people cycling together, they should do so in pairs.

“This is not possible for training athletes, or in cases of group cycling.”

“This means that people will risk being fined daily”, he said, “and it will result in discouraging people from cycling, quite the opposite of what this bill aims to do”.

The Federation is also calling for presumed liability, in order to protect cyclists who are hit by motorists.

“This is a basic tool which has proven to be very effective in other countries, as it creates road awareness,” he said.