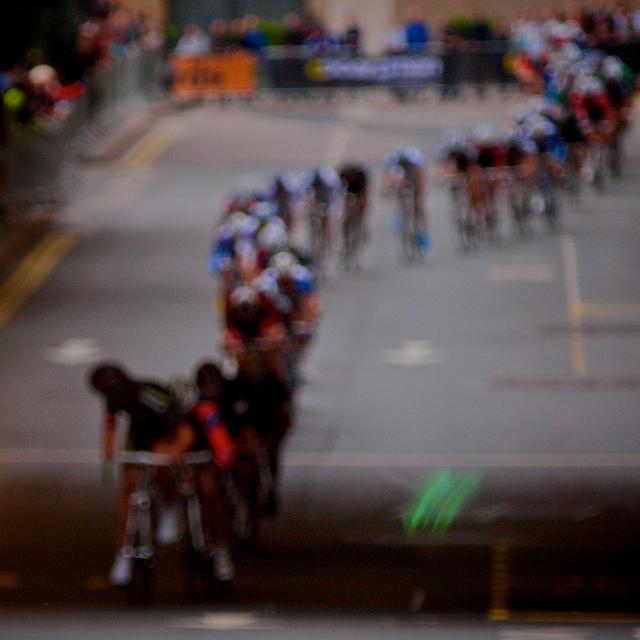 Cycling Ireland has warned its members that they could be banned from racing on the country’s roads following reports that police officers have been verbally abused or had their instructions ignored by some riders during races in the opening months of 2016.

Describing the attitude of some participants as “appalling,” the national governing body said in a statement published on its website that “such behaviour is appalling and causing irreparable damage for the Irish Cycling community at a time when the majority of the public want events banned off Irish roads."

Examples it gave included “racing cyclists refusing to adhere to Garda instructions regarding rider safety during races on public roads to racing cyclists verbally abusing members of An Garda Síochána as they attempt to deliver these instructions during a race from the side of the road.”

It underlined to riders taking part in road races that once they "pin on their race numbers and sign on for an event, that they are still subject to national law."

The Irish cycling website Stickybottle.ie said that the appeal “comes at a time when road racing, especially in the Republic, has been under pressure from local councils who in some areas have insisted race organisers apply for and enforce road closures.”

Cycling Ireland’s statement continued: "The assistance of all static marshals and motorcycle marshals who attempt to provide as safe an environment as possible on a public road while still subject to national law in order for you, the racing cyclist to participate in a slightly less restrictive manner compared to being out training (no longer two abreast but keep to the left side of the road).

"Future incidents like the above will eventually see Road Racing being severely restricted where participants will struggle to get into an event on a weekly basis," it added.

"A 'thank you' instead of verbal abuse to the authorities can go a long way towards maintaining a working relationship for the future.

The statement concluded: “The responsibility is yours to protect the image of your sport, use it."

Cycling Ireland illustrated its appeal with the picture shown above, which was taken at the finish of Stage 3 on the 50th edition of the Gorey 3 Day on the N81 near Blessington, County Wicklow, which it described as a “busy” road.

It said: “Note the peloton is sprinting on both sides of the road with a double white line. This was only possible because of prior coordination by the race organisation with An Garda Siochána who facilitated a temporary traffic detour away from the finish area.

“These privileges are in danger if rider behaviour towards the authorities does not improve nationwide.”

On this side of the Irish Sea, the UK government consulted in 2013 on reforming laws regulating road races, partly in response to British Cycling’s Keep Racing On The Roads campaign.

When the government’s response was published in June last year, however, British Cycling said it had ignored the biggest potential barrier – the power of a single police officer to impose conditions on race organisers.