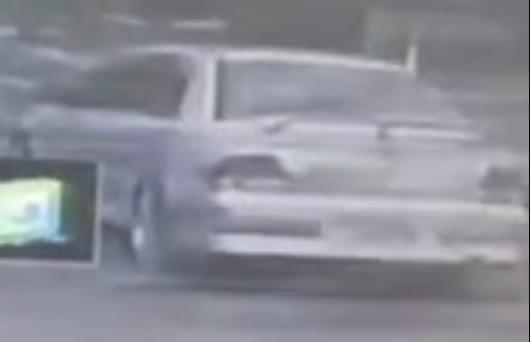 A woman who has been charged with a hit and run on a cyclist in Australia allegedly tried to hide her badly damaged car on waste land, before asking two friends to help her cover it in tarpaulin.

Rebekah Stewart, 23, appears to have deliberately swerved in order to mow down a father of two, as we reported last weekend.

Christian Ashby, 36, was hit in a head-on crash during his usual early-morning ride in Ballarat, Victoria, last Friday at 6.30am.

The keen rider’s life was threatened by the collision, and he remains in hospital in a stable condition.

Police say she drove a silver Mitsubishi Lancer believed to be behind the collision to empty land near Delacombe, before walking to a friend’s house nearby and returning with two others to get the car.

They then parked it behind a house and covered it with tarpaulin.

Police allege she then stayed the night in the house before travelling to Melbourne the following day.

Ms Stewart made no statement during the ten minute court hearing yesterday, and did not apply for bail.

The car, which police spotted on CCTV taken by a refuse lorry, had a broken windscreen and dangling body parts.

Andrew Robertson, a friend of Mr Ashby’s at the Ballarat Triathlon Club, said: “He is always out early in the morning because he wants to get home for when his kids wake up.

“Christian is an elite runner. He has had a bad achilles so he has been doing the bike recently. He is a great guy. The kind of person who doesn’t have a bad word to say about anybody.

“Exercise is important to him but he gets it done early so he can be with his family.

“How a human being can do that to another human being is beyond me. Christian is held in the highest regard by all of us and our thoughts are with his family.”