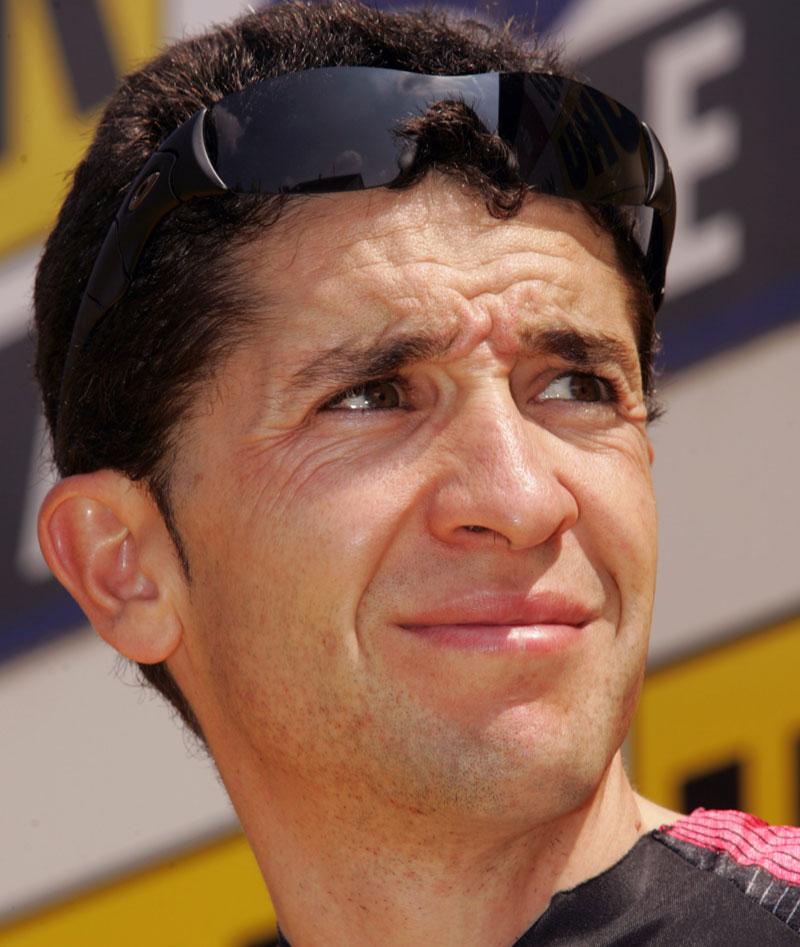 The news that he is in the reckoning will be a boost for Lloyd who last year rode the Giro but missed out on a place at the Tour, barring accidents he should make it to the start line this time out. Whether 2008 Tour winner Carlos Sastre will make it to the Rotterdam start is probably less certain than Lloyd's participation - following the injuries he sustained at the Giro his team have named Sastre in their squad more as an aspiration than a certainty, the Spanish rider now faces a race against time to be fit.

Sastre is currently suffering from a herniated disc in his spine, the result of a crash in the Giro d’Italia. His recovery from this injury will determine whether or not he is able to participate in this year’s Tour de France. Sastre will make the decision in collaboration with the team doctors.

There’s no word on the progress of last year’s green jersey winner, Thor Hushovd, who broke his collarbone a month ago after colliding with a small girl – she was thankfully uninjured – while out training, or Heinrich Haussler, winner of Stage 13 last year.

The German rider, who grew up in Australia, has struggled with knee problems this year, forcing him to miss a number of races, including Milan-Sanremo where he missed out last year in that thrilling sprint with Mark Cavendish.

Continued problems with his knees also forced Haussler to abandon last month’s Tour of California, and a few days after that he was found to be driving while over the alcohol limit after being involved in a car accident back in Germany.

Besides the two British rider's, Ireland's Philip Deignan also make the squad, together, but there's no place for Roger Hammond, who impressed in the Spring Classics.

The 97th edition of the Tour de France begins on Saturday, July 3, and will cover 21 stages (1 prologue, 9 flat stages, 6 mountain stages with 3 summit finishes, 4 medium mountain stages and 1 long individual time trial) before it ends 3,600 km later in Paris on Sunday, July 25. The Tour kicks off this year in Rotterdam, in the Netherlands, and crosses into Belgium before coming to France, where it remains until the finish in Paris. Out of a pre-selected pool of 12 riders (see below), 9 will be chosen for the 2010 Cervélo TestTeam Tour de France roster.

“We are very pleased to be a part of the Tour de France 2010,” said Joop Alberda, General Manager, Cervélo TestTeam. “It will definitely be an interesting and challenging race. We have a good mix of riders in this team, and we will have several options. The recovery of some riders will decide our final selection. To race the Tour de France, everyone needs to be 100% fit.”