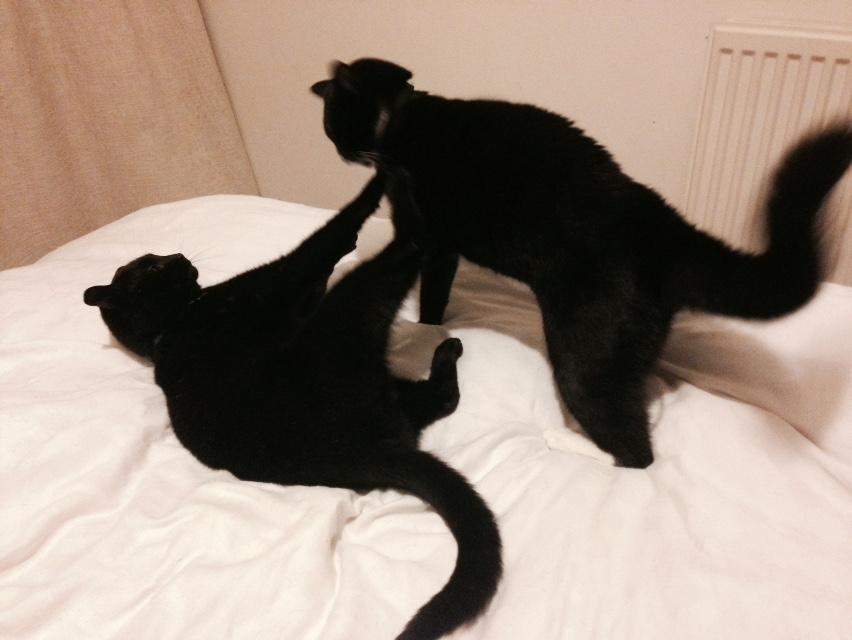 Study: Parasite hosted by cats may cause road rage

When tempers get heated on the internet, one way some people try and break the tension is by posting pictures of kittens – but new research suggests that cats or rather a condition, toxoplasmosis, caused by a parasite hosted by them may be behind intermittent explosive disorder (IED), manifestations of which also include so-called road rage.

A study led by Professor Emil Coccaro, chair of the Department of Psychiatry & Behavioral Neuroscience at the University of Chicago sought to establish whether there was a link between the Toxoplasma gondii parasite (T. gondii) and IED.

It can be transmitted to humans as a result of meat that has not been cooked properly, tainted water or via contact with cat faeces, for example when not washing hands after emptying a litter tray.

It is estimated that as many as one in three people globally may carry the parasite, which does not cause illness but leads to cysts forming on the brain which earlier studies have linked to conditions including suicidal behaviour, bipolar disorder and schizophrenia.

Humans who have contracted toxoplasmosis have also been found to have slower reaction times and are more likely than average to be involved in road traffic collisions when driving.

Professor Coccaro’s study assessed 358 adults, split into three groups – those who have IED, those with other psychiatric conditions, and a control group comprising people who had never been diagnosed with one.

Published in the Journal of Clinical Psychiatry, it found that people with IED were more than twice as likely as the control group to have toxoplasmosis. Those with other psychiatric conditions also tested higher for it, and in each of the three groups, people with the parasite exhibited more aggressive behaviour.

Professor Coccaro said however that while a link had been established between the parasite and IED, that did not necessarily mean that T. gondii in itself caused aggression, with further research needed.

"Not everyone that tests positive for toxoplasmosis will have aggression issues," he explained, adding however that the condition did appear to "raise the risk for aggressive behaviour."

But Professor Jaroslav Flegr of Prague’s Charles University said that the study confirmed the research that he and his colleagues have carried out.

"We have found that prevalence of toxoplasmosis correlates positively with violence-associated injuries and mortality in particular countries,” he told Scientific American.

The parasite can also be hosted by rodents – past studies have shown that the more aggressive behaviour it encourages in mice increases the chance that they will be caught by cats.

Referring to Professor Coccaro’s study, Paul Ewald of the University of Louisville in Kentucky told the New Scientist: “The findings make sense. A mouse that is preoccupied with attacks on another mouse may be easy prey for a cat.”