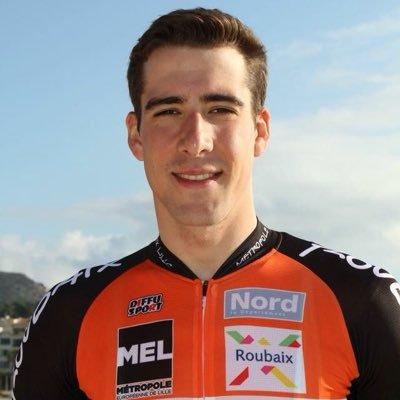 A pro cyclist has been hospitalised after suffering a heart attack during the Criterium International in Porto-Vecchio, Corsica, yesterday.

During the latter part of Stage 2 of the race, 22-year-old Daan Myngheer, of Roubaix-Lille Metropole became unwell, before suffering a heart attack in the ambulance.

According to reports the Belgian fell behind the pack with 25km to go, before he collapsed on the road and was taken to hospital. Newspaper Het Nieuwsblad says he is still not out of danger.

Teammate Louis Verhelst told Het Nieuwsblad after the race: “He was not good.”

Michel Dernies, club sports director, said Myngheer collapsed on the side of the road, where he was resuscitated.

Manager Daniel Verbrackel said: “He was having a heart attack in the ambulance, and his heart stopped for several minutes. In the ambulance they spent almost an hour to get him stable.”

“The situation is serious, very serious,” Verbrackel said on Saturday. “He is not yet out of danger.”

While his condition did not worsen overnight, he is still in a serious condition in Ajaccio hospital.