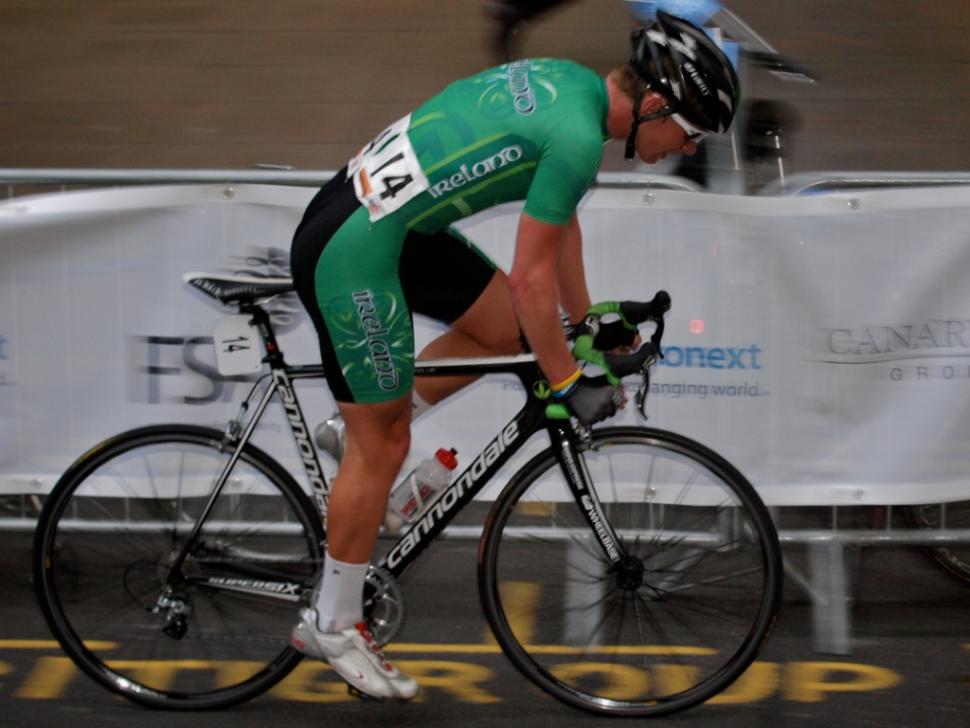 The Halfords Tour Series is halfway through its ten-race run in towns and cities the length and breadth of England, and in a fortnight’s time, cycling fans in Ireland will also get to enjoy some top-level city-centre racing as the format crosses the Irish Sea for two races in Belfast and Dublin.

With the Irish excursion taking place on the same weekend as the Smithfield Nocturne in London, the team line-up in the two races, in Belfast on Friday 18th June and Dublin on Saturday 19th June, will vary slightly from those competing in the UK series.

Team Ireland, who are taking part in the UK series, will be there, however, as will the An Post Sean Kelly team, led by, respectively, multiple Irish champions David O’Loughlin and David McCann.

With the Sigma Sport-Specialized squad headed by former FDB Insurance Rás winner Stephen Gallagher, a former winner of the FDB Insurance Rás , and teams representing all four Irish provinces – Connacht, Leinster, Munster and Ulster –also be vying for the title of Halfords Tour Series Ireland champions over the two evenings, Irish fans will have plent of opportunity to cheer on some home-grown talent.

Four outfits taking part in the UK series will cross the Irish sea for the two races, including CyclePremier.com-Metaltek, whose Tony Gibb won at Canary Wharf a fortnight ago, and Motorpoint-Marshalls Pasta, with a line-up featuring Ian Bibby, who took the victory in Portsmouth last week.

Halfords Tour Series Technical Director Mick Bennett said: “I’m delighted by the line-up of teams that we have for our two events in Belfast and Dublin.”

He continued: “It is great that the likes of Motorpoint-Marshalls Pasta, Sigma Sport-Specialized, Team Raleigh and CyclePremeir.com-Metaltek are joining us for the two races. But I think that the home riders will be keen to impress in front of their local crowds, so I predict two excellent and very fast paced races.

Bennett added: “Like cycling fans in Belfast and Dublin, I’m looking forward to seeing how some of the next generation of Irish stars shape up against names like David O’Loughlin, David McCann and Tony Gibb.”

The Halfords Tour Series Belfast race starts in front of City Hall at 7.30pm with the race lasting one hour plus five laps on a one-kilometre circuit including Donegall Square South, May Street, Seymour Street and Chichester Street.

The Dublin race, which has the same duration as the one in Belfast, begins at 6pm on Lord Edward Street at 18:00, and the 1.3-kilometre circuit runs along Dame Street and Eustace Street.