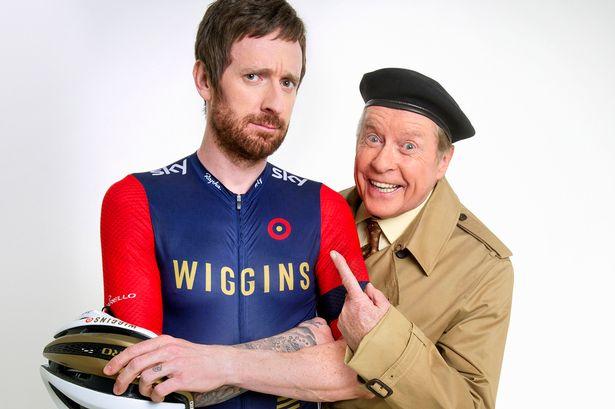 In a night of glittering sports personalities and showbiz, Olympian cyclist Sir Bradley has helped nudge the fundraising efforts of BBC’s Sport Relief to a record-breaking £55 million, appearing in a Frank Spencer Some Mothers Do Ave ‘Em sketch - the first since 1978 - alongside Andy Murray, Roy Hodgson and Arsene Wenger.

The whole show - if you missed it - can be seen here. 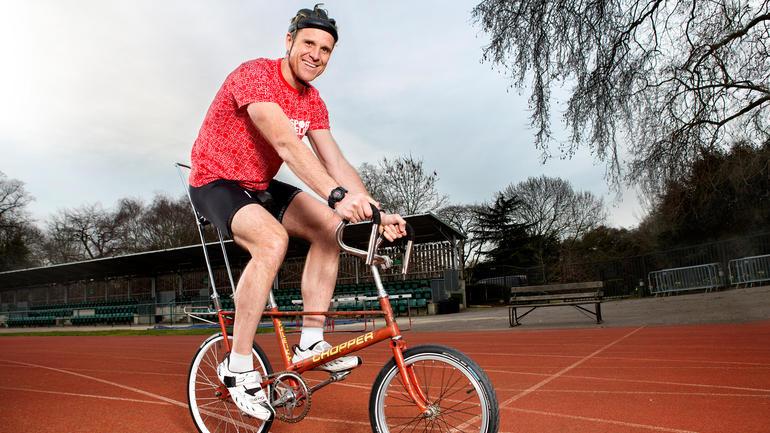 There now follows a whole weekend of fundraising, including another Olympic gold medallist - this time the rower James Cracknell who has taking part in the Great Sport Relief Bike Off - which will see him attempt the furthest distance ridden on a Raleigh Chopper.

The challenge took place at the world famous LeeValley VeloPark, where the rower will try to push the iconic child’s bike to the limit.

However, the results of his efforts will not be revealed until Sunday 20th March, when The Great Sport Relief Bike Off airs during the Sport Relief Games Show at 1.15pm on BBC One.

“I’m excited to push myself to the limit and set a new Sport Relief record on my trusty Chopper,” James said. “I feel hugely proud to support such an amazing charity and hopefully inspire people to take on their own challenges in the Sport Relief Games. Get fit, have fun and raise much-needed cash to transform lives here in the UK and around the world.”

Another cycling hero was BBC Radio 1 DJ Greg James, who raised more than £1m by completing a triathlon a day for five consecutive days, across five different UK cities.

Fundraising efforts will continue on Sunday as the Sainsbury's Sport Relief Games take place around the country.

To find an event near you, click here. All the family can take part, with walking, running, swimming and cycling efforts for charity.

50% of the money raised is used to make a difference in the UK and 50% goes towards transforming lives across the world’s poorest communities.