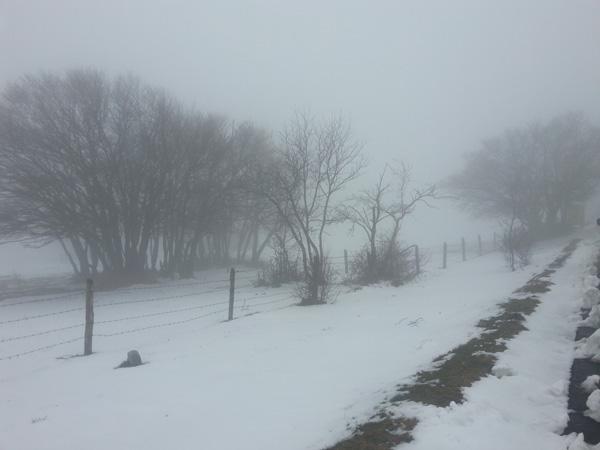 Tomorrow’s fifth stage of the Italian race Tirreno-Adriatico has been cancelled because of the weather – the second time inside a week that a stage of a UCI WorldTour race won’t have taken place due to meteorological conditions, with Stage 3 of Paris-Nice skipped on Wednesday.

Stage 5 of Tirreno-Adriatico, currently led by Zdenek Stybar of Etixx-Quick Step, had been scheduled to run from Foligno, where today’s stage finished, to Monte San Vicino.

But in a statement, organisers RCS said that a decision had been jointly made by parties including their own director, Mauro Vegni, chief commissaire Jerome Lappartient, national police and pro team association AIGCP to cancel it.

They also supplied photos of the location where the stage had been due to finish, which show it covered in a blanket of snow.

According to RCS the weather forecast is for “rain, extreme temperatures [and the] risk of snowfall above 800 metres, and they said that it had been agreed to cancel the stage “so as to prevent any possible risk for general safety and for the health of riders.

Today’s Stage 4 was won by British rider Steve Cummings of Dimension Data, who attacked with three kilometres remaining to ride away to a solo victory.

> What weather can cause a pro race to be cancelled?