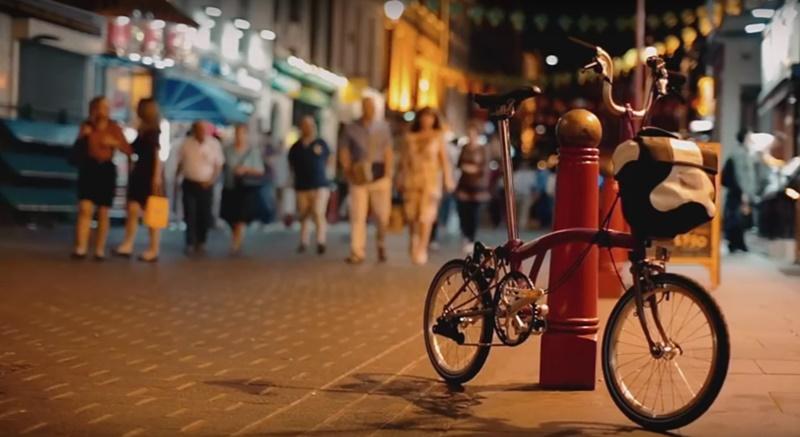 A series of prototypes have been developed which could see Brompton folding bikes joining the so-called Internet of Things (IoT).

Quartz reports Ross Hawkins, Brompton’s global brand manager, as saying: “The next stage is, what can we do on the bike that could add on technology to make it more useful?”

Using software firm Evrythng’s IoT Platform and a ThingSee sensor pack, a day was spent coming up with new services. Three concept apps were devised which could ultimately see Bromptons employed to monitor the environment, detect crashes and also serving as home alarms.

The environmental monitoring involves sensors on the bike gathering data on temperature, pollution and noise levels. Data fed to and gathered from Evrythng’s cloud would then allow the cyclist to choose quieter, less polluted routes. The bike would also receive constant data from the cloud which would allow it to provide real-time alerts for any vehicles that were coming too close.

Should a crash take place, an impact sensor would register it and if the user didn’t click within the app to say they were okay within a two minute timeframe, an alert would be sent to an emergency contact number showing exactly where the collision took place. A tweet would also be made on the Brompton Twitter account, containing similar information.

The final idea involves fitting a motion sensor to the bike which would enable the owner to trigger an alarm mode when the bike was not in use. The video points out that Bromptons in particular are often stored in hallways. If movement were detected, the app would contact the user and switch on home lighting as a deterrent.

Hawkins says Brompton will decide whether to go ahead with any of these ideas at some point this year.