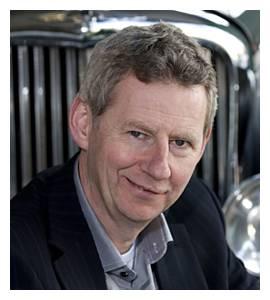 AA Chief, Edmund King, OBE, has said cycle lanes that stop after 20m are one of the worst things for cyclists and drivers, lulling both into a false sense of security.

The Automobile Association President told road.cc he supports protected cycle routes as a way to get more people out of their cars for shorter journeys, and although London’s cycle superhighways have caused “enormous congestion” during construction benefits will be evident once they are completed.

King made the comments yesterday at the Lea Valley Velodrome following an announcement 70% of people in a YouGov poll support protected space for cycling on main roads.

Does Faversham have the UK's worst cycling infrastructure?

He told road.cc: “It’s important to reduce congestion, where it’s quite obvious not everyone can get into their cars and go where they want, when they want, all the time, so to some extent getting more people on bikes, getting more dedicated cycle lanes is better for everyone."

“One of the worst things for cyclists and drivers is a cycle lane that goes 20m then stops, because it gives people cycling a false sense of security while they’re riding on them, and then cyclists reappear on the road where drivers don’t expect them to.”

The AA is part of the Choose Cycling network, a group of more than 40 businesses linked by British Cycling that believes protected cycle infrastructure is good for employees and businesses. With other network members who met at the Lea Valley Velopark for the 2016 Track Worlds, King said the protected bike lanes currently being built on some of London’s main roads will be a case of short term pain for long term gain.

He said: “In the short term, Cycle Superhighways are causing enormous congestion because of construction but I think once that settles down and some of the cones are removed and you get people transferring to cycling we will begin to see some of the broader benefits.”

He added: “We have done surveys of our members and 20% cycle regularly. Part of the reason for us being involved [with Choose Cycling] is to say: it shouldn’t be them and us, that drivers aren’t just drivers; they cycle, they walk, they care about the environment and congestion, and they shouldn’t be put in boxes.”

King praised the work of Bristol, Manchester and London mayors in building cycle infrastructure, saying political leadership is essential in getting decent facilities for cyclists. He said: “I think much of it comes down to leadership – cities like Bristol and Manchester and London have a figure of authority, a mayor who’s totally committed [to building routes for cycling].