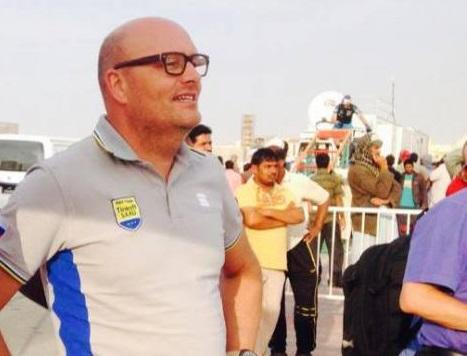 Bjarne Riis is looking to set up a new pro racing team with a view to competing in the WorldTour by 2017. The Riis*Seier project will also involve marketing a virtual reality fitness bike and associated apps.

Riis was formerly the owner of the Saxo Bank team but in 2013 sold Riis Cycling – the company that ran it – to Russian entrepreneur Oleg Tinkoff, whose Tinkoff Credit Systems firm was co-sponsor at the time.

Riis was kept on as manager until March 2015 at which point he departed following a reported falling out with Tinkoff.

Riis and his business partner, Saxo Bank co-founder Lars Seier Christensen, now say that they hope to have a new WorldTour team up and running by 2017.

The pair has formed a firm called Riis-Seier Holding and invested in the VirtuPro bike, an indoor training bike with virtual reality, as well as a number of fitness and nutrition apps.

On the Seier Capital website, Seier said that the pro team would be central to their plans.

Speaking at a press conference in Copenhagen, Riis said that while his exact role was yet to be decided, he was keen to return to cycling. "I feel ready and motivated to come back to the sport. I will certainly be involved in a leadership role, as I have been. I won't be involved in everything, but I can see myself in an overall 'helicopter position'."