1,500 free-of-charge spaces available at new facility, rising to nearly 3,000 next month
by Simon_MacMichael

Cyclists in Cambridge have welcomed the opening on Monday of Britain’s largest dedicated cycle parking facility – although there have reportedly been some teething difficulties.

Located next to the city’s railway station in a building that will eventually house a Hotel Ibis, still under construction, there are currently more than 1,500 spaces available on the ground floor, all of them free to use.

From next month that will increase to a full capacity of 2,850 cycle parking spaces, and by April a bike shop will follow, operated by Rutland Cycling, which recently bought Cambridge-based Station Cycles.

The facility, which is covered by CCTV as well as manned security patrols, was commissioned by station operator Abellio Greater Anglia, a subsidiary of Dutch railway operator Nederlandse Spoorwegen. 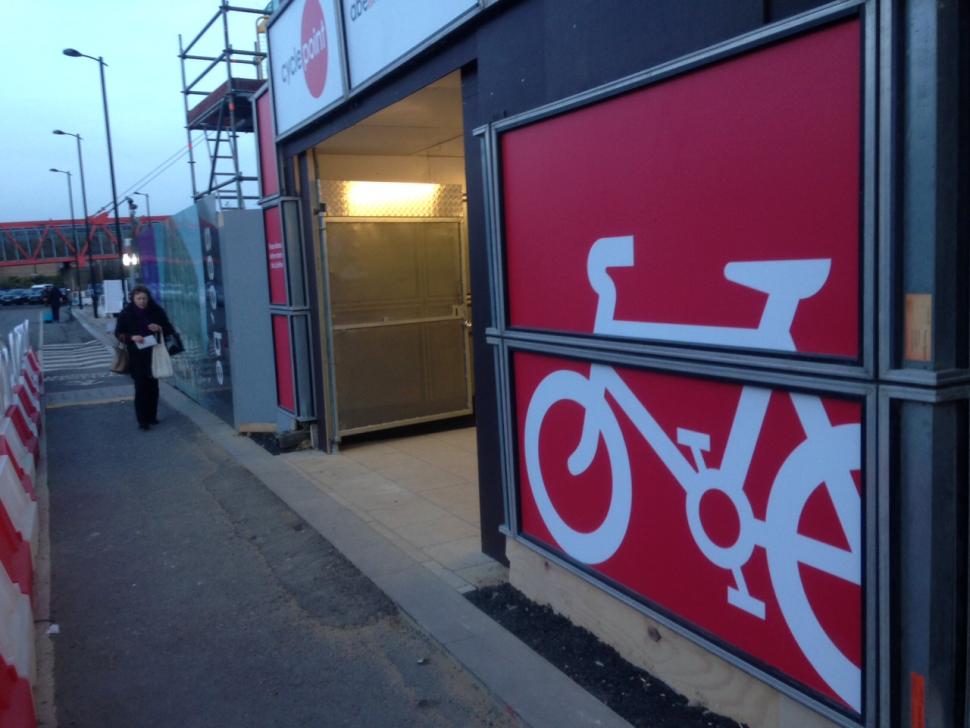 Occupying three floors - access to each of them is via ramps - it is open 24 hours a day, seven days a week includes a combination of Sheffield stands and two-tier FalcoLevel Premium + racks, which meet the Dutch national ‘FietsParkur’ standard for secure cycle parking.

There is also a dedicated area on the ground floor for bicycles such as cargo bikes or tandems that are not suitable for parking elsewhere in the facility. Some cyclists trying out the new premises yesterday are reported to have had problems with the two-tier racks, although Falco says that those issues should ease with use.

Roxanne De Beaux, campaigns officer at Cambridge Cycling Campaign, told Cambridge News: "This will definitely help. When I first moved to Cambridge, I commuted every day and had to take my bike on the train because there were never enough spaces.

"I just arrived to give it a go. I found it a bit challenging the first time. Lifting the bike and getting it into the racks requires a bit of strength." But Falco’s Lionel O’Hara said the issue would be a temporary one: “These particular stands are gas assisted,” he explained. “At the moment, they are all a bit stiff but, with use, pulling them out will become a lot easier."

Another cyclist, Steve McAllaister, said he had encountered problems trying to secure his bike to the upper tier of the rack, saying: "It is alright, but I can't actually lock the frame my bike to the rails, only the wheel. It's not ideal. It does concern me in security terms. I'm sure they have CCTV, but it is a bit weird." 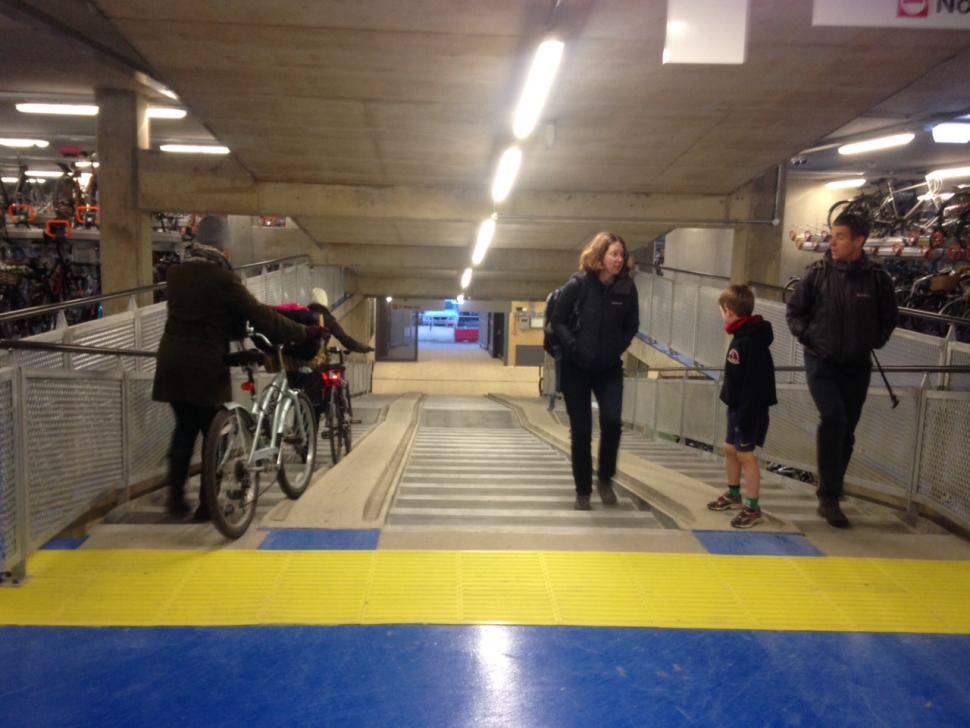 On the whole, however, the reception has been a positive one, with Cambridge Cycling Campaign chair Martin Lucas-Smith saying: "I think it is fantastic. I commute to London at least once a week, so I am looking forward to using this. Both types of rack here work well.

"Until recently, there had been a dilapidated parking area for bikes. It was a bit dingy. There were 700 spaces and well over double that number of bikes. At long last, people know they won't have to struggle for spaces."

While construction of the Hotel Ibis continues, with completion expected in June, access to and from the CyclePoint will be via temporary access tunnels in the external scaffolding of the building. 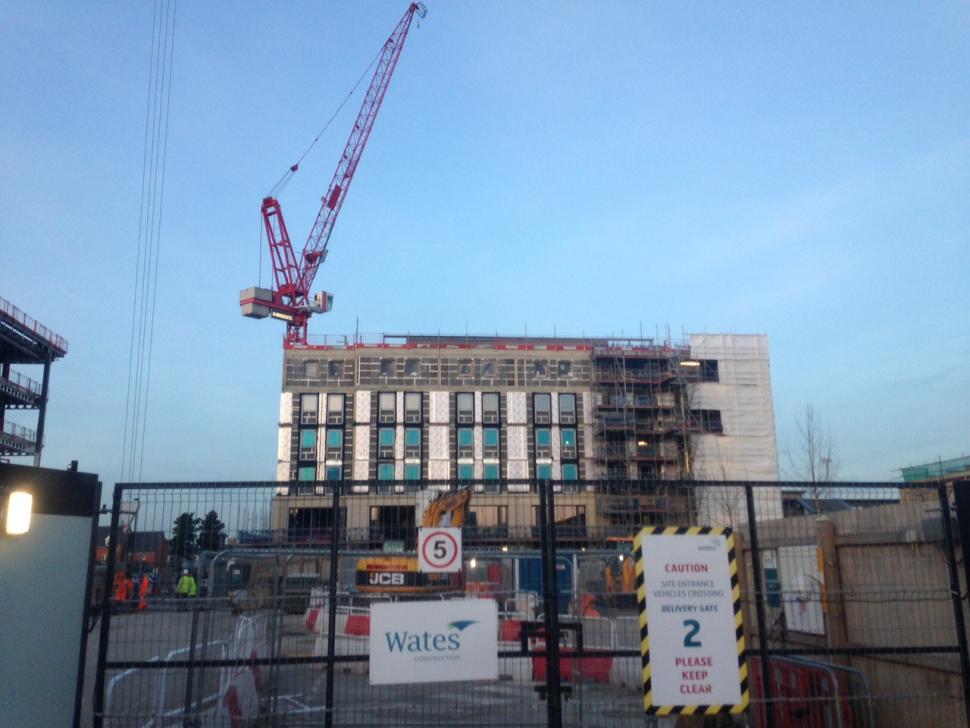 The former temporary cycle parking near the station closed at 10pm on Monday evening and bikes left there are being removed by Abellio Greater Anglia and will be donated to charity if not claimed through the station’s customer service desk within a week.

Given it is currently the school half-term holidays in Cambridgeshire, that narrow window has proved controversial, as we reported earlier this month.