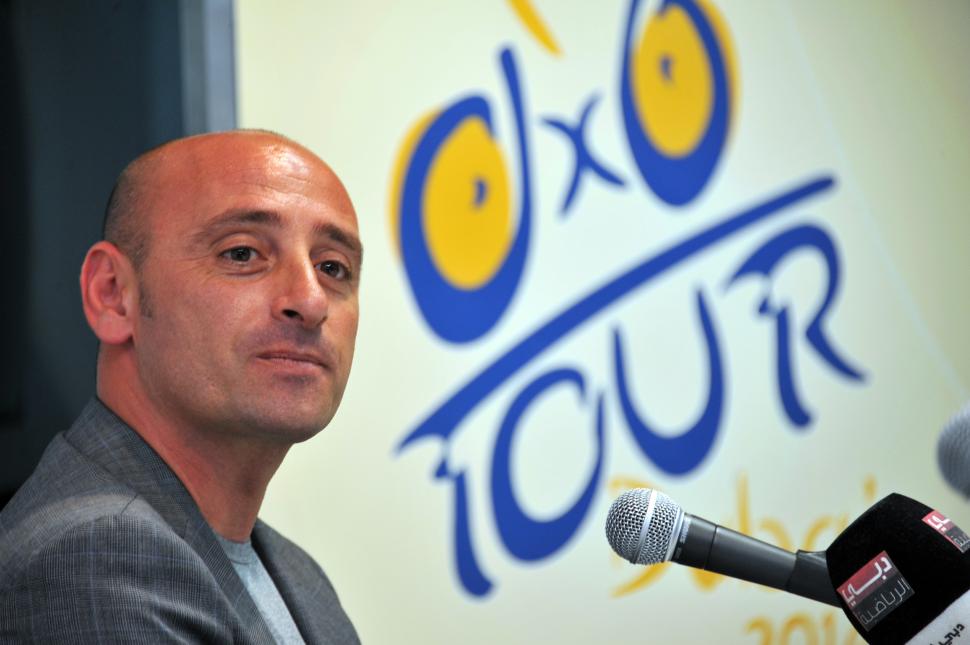 Former world champion says others can learn from cycling's example...
by Simon_MacMichael

Former world champion Paolo Bettini says he believes cycling is “the best sport” when it comes to fighting doping and provides an example others can follow.

The 41-year old retired from racing in 2008 after a 12-year professional career that coincided with the period when the use of EPO and other illegal substances in the peloton led to a series of doping scandals.

Speaking in Adelaide where he was guest of honour at Saturday’s Legends Dinner ahead of the Tour Down Under, Bettini was asked his views about doping in sport in the wake of the scandals that have engulfed the world of athletics and, in Australia, the AFL team Essendon.

"I think cycling in this moment is the best sport,” said Bettini, quoted in the Sydney Morning Herald. “It's a very good sport,” he went on, but cautioned, “it's impossible to say it's totally clean.

"The sport has worked hard to change the mentality. Not only the riders, but the teams and all the components have a different mentality.

"Modern cycling had courage to change, but other sports have not the courage for change. It's impossible to say that the doping problem is finished. It's important that the mentality has changed.

"All aspects of cycling have changed and they have a new approach to professional sport."

The winner of a total of eight stages across cycling’s three Grand Tours, Bettini won back-to-back world championships at Salzburg in 2006 and Stuttgart in 2007, plus OIympic gold in Athens.

He also triumphed five times in cycling’s Monuments, with two victories apiece in Liege -Bastogne-Liege and the Giro di Lombardia, and one in Milan-San Remo.

His successful defence of the rainbow jersey in Germany in 2007 came in controversial circumstances when organisers sought to bar him for competing.

Bettini had refused to sign the UCI’s anti-doping pledge since he disagreed with a clause that required riders caught cheating to pay a year’s salary in addition to the usual fine.

He raced in Stuttgart after securing a court injunction just two days before the event, and also threatened to sue a German TV station that alleged that he had supplied banned substances to a team mate.

In 2011, by which time he was coach of the Italian national team he was reportedly investigated by magistrates for abuse of office for allegedly alerting a rider about a planned anti-doping control at the 2010 world championships.

Reflecting on the period during which he himself raced, Bettini said: “

"I had 12 years in [the] pro ranks, and I had seen many cases of doping. Many friends, many rivals, they were involved in cases.

"A doping positive was a problem for everyone. We all felt at fault, we all took the blame. We saw so many cases," he added.

Bettini left his position with the national team in 2014 to head up F1 driver Fernando Alonso’s proposed WorldTour team project, which never came to fruition.