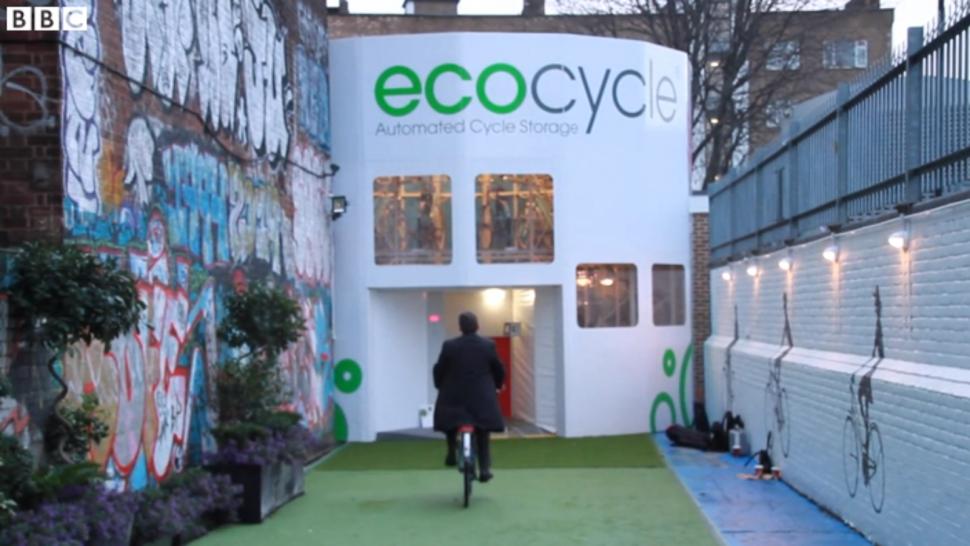 Robotic cycle parking on the cards for the UK?

Automated robotic cycle parking could be on the cards for London - at least according to one company that provides the units.

Eco Cycle supplies high-density underground bike parking to megacities like Tokyo. In a video produced by the BBC it was suggested such schemes could be the future for UK cities like London, where street space is at a premium.

Far from being gimmicks, the London Cycling Campaign says automated bike parking can be a logical solution to growing numbers of people cycling, as well as helping tackle cycle theft.

Nick Knight, of Eco Cycle Ltd, told the BBC he believes automated cycle parking could “revolutionise” the cycle industry, while helping reduce the 80,000-odd thefts of London bikes from streets and homes each year.

He said: “Where we see the market, and the interest, coming for automated cycle parking, is to have it on the street for the general public to be able to use, and for London and for other places in the UK, for instance, we’re very keen and want to implement a secure cycle parking network.”

The machines take the bikes from street level on a hydraulic lift, which transports them up to 11m underground, or above ground, before stacking them on individual rack within a cylindrical vault. Each bike carries a tag to help match it with its owner, and bikes can be retrieved from the unit in just 13 seconds.

The London Cycling Campaign’s Tom Bogdanowicz told road.cc he believes such innovations can be viable solutions to bike parking demand in built up areas.

He said: “Automated cycle parking is not a gimmick – It’s a common form of cycle parking facility in Tokyo where cycling mode share is 16%, the highest of any world mega city.

“Robotic cycle parks are high cost compared to conventional cycle parking but they offer high security in Tokyo and some of the new multi-storey developments in the London may find them a logical solution to growing client demands for much higher levels of cycle parking.

However, while Knight claims such schemes help the environment because of a smaller “footprint” – i.e. taking up less room on the ground than conventional bike parking - some may point out the carbon footprint will likely be higher in order to build and provide the electricity to run the units.