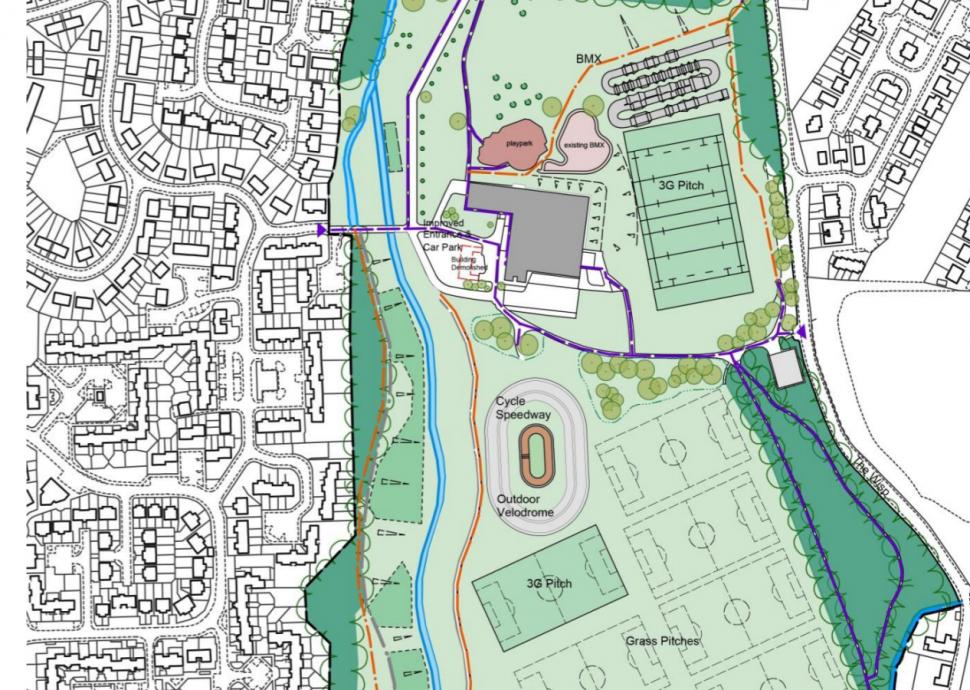 A BMX track, an outdoor velodrome and a cycle speedway have been proposed for Craigmillar, one of the poorest areas of Edinburgh, reports The Edinburgh News. City bosses have said the proposals are aimed at offering low-cost access to first-class cycling facilities for all ages and abilities.

There have been plans for a cycle hub at the Hunter’s Hall Park site since 2013. A one kilometre road circuit was also mooted at that time, but was subsequently dropped because of concerns about loss of green space.

Plans for the project  – which has provisionally been allocated £1.215 million of council funding – are now being considered by planners.

“It’s a great vote of confidence in Craigmillar that the city is looking to place this facility in our community. It’s on a smaller scale but I think there’s the same philosophy as there was behind putting the Olympics in the east end of London.

“Putting major sports facilities in the poorest communities has tremendous benefits – the main one will be that Craigmillar is seen in a better light throughout the city.”

Nolan said it would also be hugely beneficial for local children, who generally have to travel elsewhere to pursue sport.

“With the bus fares and general travelling, it’s a major expense for two or three kids to get to the other side of Edinburgh and back again. Having this in the community is something that can only benefit Craigmillar.”