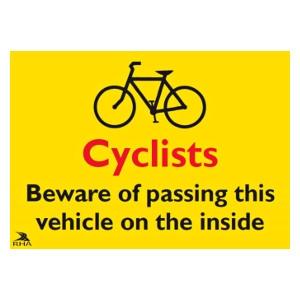 A national tool hire firm has undertaken to remove stickers warning cyclists not to pass its Vauxhall Corsa cars on the inside by the new year after their appropriateness was questioned on social media.

HSS Hire said on 18 December it would remove the stickers just four hours after being contacted by Twitter user @beztweets, who is also a columnist for the mountain bike magazine and website, Singletrack World.

The company, which has more than 300 branches throughout the UK and Ireland, told him: “You've kept us busy today – good news is we'll be removing the stickers on our Corsa cars from next week. Merry Christmas!”

@beztweets You've kept us busy today- good news is we'll be removing the stickers on our Corsa cars from next week. Merry Christmas!

In June 2014, Transport for London (TfL) bowed to pressure from organisations including CTC and RoadPeace to ask businesses belonging to the Fleet Operators Recognition Scheme (FORS) to remove ‘Cyclists Stay Back’ stickers – described as “offensive” by the London Cycling Campaign – from their vehicles.

The wording on the HSS Hire stickers differed, and is similar to that used on a number of vehicles including some construction lorries, buses, and even vans used to transport prisoners.

It said: “Cyclists. Beware of passing this vehicle on the inside.”

They are sold by organisations including the Road Haulage Association and seem primarily intended – although without saying so explicitly – to warn cyclists of large vehicles’ blind spots.

Their use on smaller vehicles has attracted criticism on social media in the past, with some maintaining that they seek to shift the blame in the event of a collision onto the rider.

After HSS Hire confirmed it would be removing the stickers by the end of the year, Bez said, “Thanks for this. Much appreciated,” and asked, “Was that a change that was already planned, or a rapid decision? (Good stuff either way.)”

The company replied: “A rapid decision today. We're all about delighting customers here and that includes any customers on two wheels!”

Don’t forget you can buy “Cyclists Stay Awesome” t-shirts, stickers and bells from the road.cc shop. 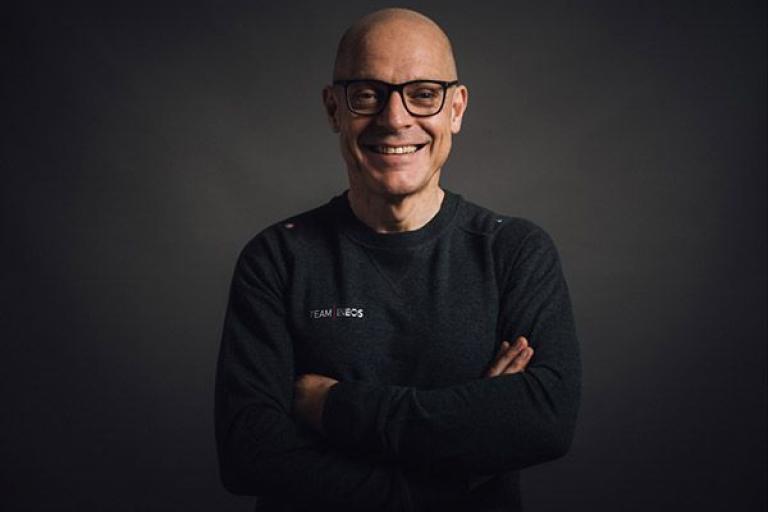