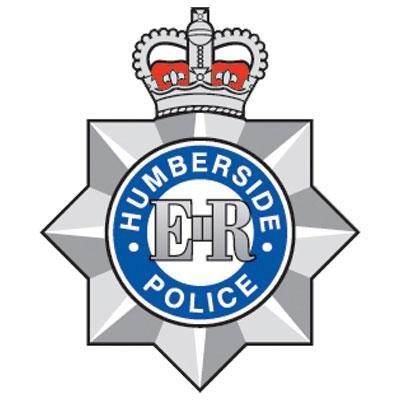 -- Update: In response to questions put to the force by road.cc the article wording was changed to say the cyclist believed the helmet saved his life, rather than asserting the helmet did save his life.

Humberside Police are the latest British police force urging cyclists to wear helmets despite their use not being a legal requirement in the UK.

The Christmas cycling warning was issued by the Yorkshire force, along with an anecdote about a cyclist whose life was “saved” by a helmet. This follows earlier tweets by Greater Manchester Police staff, including a Chief Constable, which compared not wearing a helmet, which is legal, with not wearing a seatbelt, or speeding, which are illegal.

Paul Kitson, a personal injury lawyer, who specialises in cycle injuries, with Slater and Gordon, calls it “a widely held misconception” that helmets offer good protection to cyclists.

In the Christmas cycling warning Humberside Police issues one paragraph of advice to drivers to give cyclists space when overtaking, before a paragraph on cyclists wearing hi-vis and helmets, using cycle paths and observing the Highway Code. It then gives a five paragraph anecdote about a cyclist, Shaun, who was “involved in a collision” for whom a “cycle helmet saved his life”, with no mention of anyone else involved.

The advice says: “Shaun suffered a broken eye socket, jaw, wrist, facial lacerations and damage to his teeth.  He’s had six plates fitted in his face to repair it.  He wore a helmet – just think what would have happened if he hadn’t.”

Shaun is quoted as saying: “I can only say that the helmet saved my life and I would just like to ask people to think about making sure they buy a helmet with any new bike, it could save their lives.

The police advice continues: “This picture is horrific but Shaun survived, make sure you wear a helmet and stay safe.”

He said: “Firstly the risk of being knocked off your bike is marginally greater than being hit by a car when going for a walk. Secondly cycle helmets offer little or no protection when the impact speed is in excess of 12 mph.

“It is a widely held misconception that cycle helmets provide good protection to cyclists.”

Humberside Police, which posts advice on its Twitter account @humberbeat, also tweeted a graphic image of a man apparently injured in a cycle collision with the words: "On the 10th day of xmas my true love gave to me 10 cycle helmets. He survived-you might not."

On day 11 the account offered advice about keeping your cycle safe from theft. The force is also using Twitter to urge people not to drink and drive over the holiday period.

A Humberside Police spokesperson told road.cc: the article "focuses on the role of the driver of vehicles in being aware of cycles, as well as cyclist riding appropriately."

"Regardless of what speed the cyclist is travelling it can still assist in keeping cyclist safe so it would seem appropriate to encourage people to buy and wear helmets while riding a cycle."

"Would you advise people not to wear a helmet? If this is the case do you think this is potentially putting cyclist at risk?"