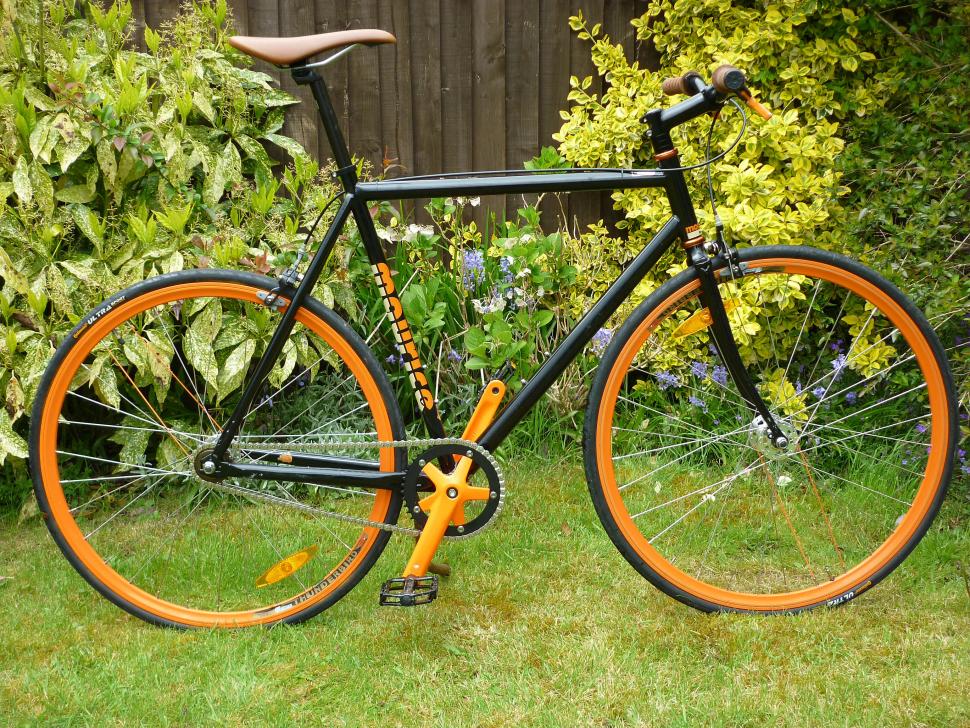 Akrigg's got one, now we have too. Ours doesn't seem to jump as well though...
by dave atkinson

Unless you've been living in a hole for the past few months someone will probably have pointed you at the excellent vids of trials ace Chris Akrigg trying his hand at a bit of fixed gear riding with predictably impressive results. The bike he chose to rip up the streets of Barcelona and, erm, Bath, was the Mongoose Maurice, a £349 steel fixer from the Californian outfit better known for their BMX and MTB machines. Anyhow we've got our hands on one, so here's a first look.

The Maurice was in Mongoose's 2009 line up but the understated, bullhorn-barred Maurice of last year has been usurped by a brash city fixer in black and shocking orange. The frame is double butted Cromoly for the main three tubes, with beefy plain gauge stays holding a cast horizontal dropout. The matching steel fork has some nice detailing on the crown and a classic curved profile, and you get a good quality Cane Creek headset to hold those two bits together. 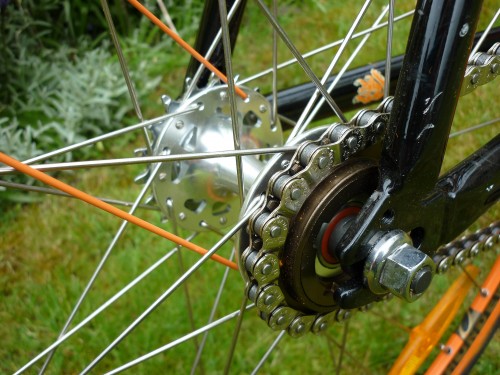 Formula track hubs front and rear are mated to Weinmann Thunderbird rims in shocking orange. Both wheels are 36-spoke affairs built up with sturdy plain gauge spokes, they look like they'll take some abuse. Conti Ultra Sport 25mm tyres are a decent compromise between speed and brawn, although if you're planning to treat the bike roughly you might want to swap them out for something a bit hardier. 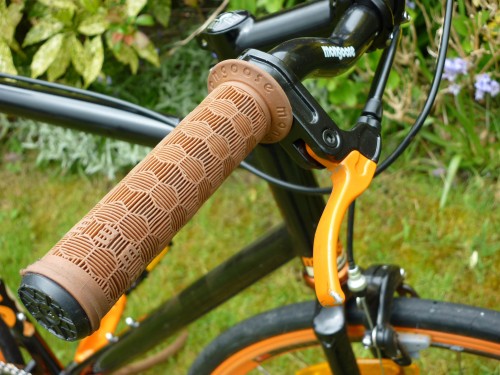 The bike has Promax callipers front and rear operated by natty BMX levers; Mongoose are counting on you going fixed and removing the back one it would seem, as the cable is only cable-tied on, but if you're not planning to go brakeless then you'll want to take some time sanding down the braking surfaces of the rims to take the paint off. The brakes won't work in the wet if you don't (trust me, I know) and although the blocks wear the paint away fairly quickly it'll cost you at least one set of blocks (ours are nearly worn through already after only 40 miles) and your rims will look pretty tatty. 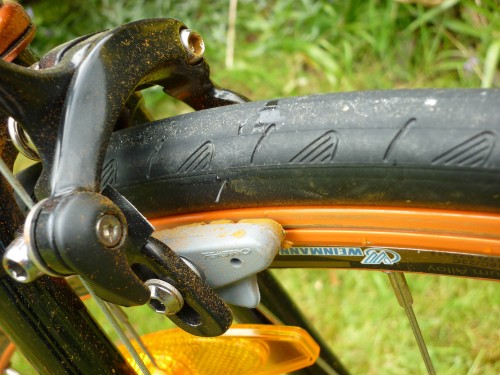 Transmission is an orange painted FSA crankset mated to a flip-flop hub; ours came with a 44T chainring and 18T cogs on both sides, giving a Bath-friendly 65in gear. The half-link chain isn't really necessary with a track dropout, but hey, it looks good. Finishing kit is a brown Velo saddle and shallow riser bars with brown Mongoose BMX grips. at 10.5kg (23.1lb) it's no lightweight, but fixed bikes significantly more expensive than this are only a pound or two heavier. 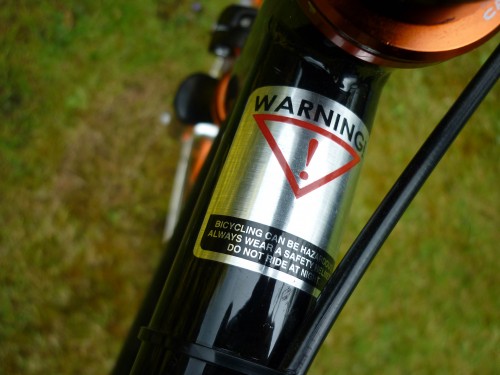 Watch this space for a full review soon...