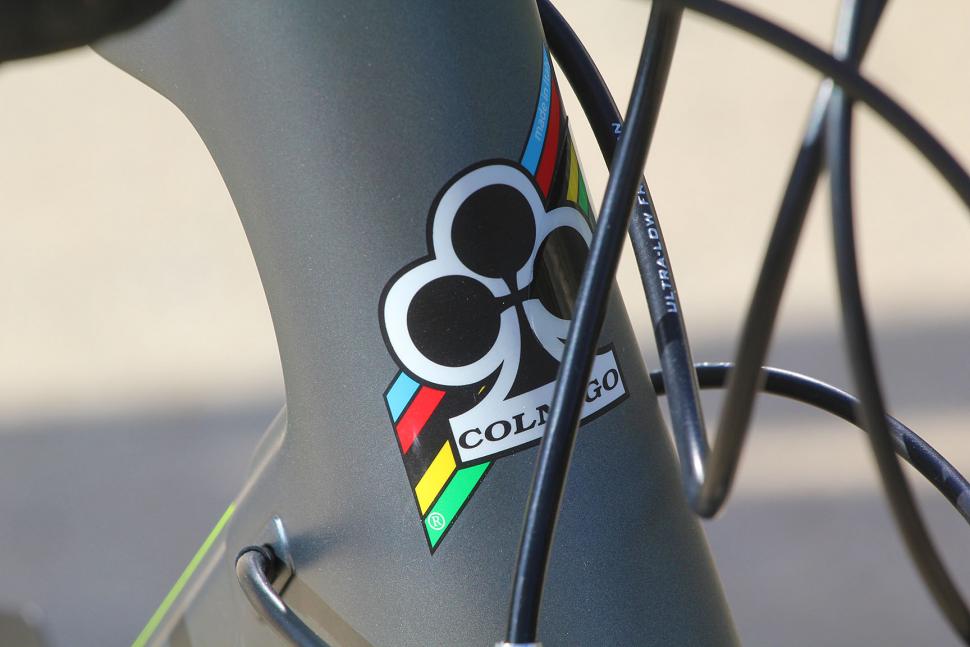 Italian bike maker's picture shoes shoeless model with bike that is far too big for her...
by Simon_MacMichael

Italian bicycle brand Colnago has been accused of sexism after posting a photo to its social media accounts at the weekend showing a young woman, pictured from behind, leaning over one of its bikes.

The picture of the woman – who for some reason isn’t wearing shoes – was posted to Facebook on Saturday, with the caption: “Do you thought about where to ride this weekend? Or take the bike and go. Let us know your route, share your comments below.”

It was also posted to Twitter with a briefer caption, one with an unmistakable double entendre.

Ready for the weekend ride? pic.twitter.com/Whi63QiWN7

Colnago certainly got comments – 145 of them on Facebook at the latest count – and while some were from men and laden with innuendo, many criticised the company for using the image.

One Facebook user, Sabrina Forbes, said: “As a woman cyclists and a former elite racer I will never buy one of your bikes! This is NOT the way to advertise your bikes or help promote women's cycling!”

Another, Margo Hanson, commented: “Now that you mention it, I'd like to ride my bike to your marketing department and punch them in the face, but I can't make it to Italy. So I guess you're safe this time!”

Despite calls on Colnago to take the picture down, the post remains on Facebook and there have also been claims that the company has blocked users who complained about it.

Meredith Rainbow said in a comment: “Seriously, Colnago? This is still up? And you blocked Natalia Mendez for calling out your bullshit?

“First, you messed up by posting this misogynistic ridiculousness, now you make it worse with a piss-poor response. Just want to remind you of all the progressive, awesome cyclists (with disposable income) who will no longer consider purchasing from you. Ciao!”

Some users pointed out that the frame is much too big for the model, while Erin Young noted: “Thanks for being sexist pigs! Also the valve stems aren't in the same position.”

Meanwhile, Matt Rohr posted a picture of the Wiggle Honda team, which rides Colnago bikes, and asked: “Hey Colnago. Is this what you would show to these women? Show the best way you can promote women's cycling, by supporting women like this and not by posting degrading content about them.”

The picture was also posted to Twitter where it has attracted similar comments, with Reluctant Cyclist saying: “is that photo really the best you could come up with to illustrate a woman cyclist? #everydaysexism.”

Twitter user JD West meanwhile retweeted another picture from Colnago that showed a woman, dressed casually and not wearing cycling kit, crouching over a track pump with the caption, “need help?”

In an age when consumers can give companies and organisations instant feedback through social media, some will feel that Colnago has badly misjudged the mood of many of its potential customers - although its far from the first company in cycling to have been accused of sexism.

One such example came earlier this year when organisers of the E3 Harelbeke race in Belgium pulled a poster that had attracted criticism for being sexist and demeaning to women, with the UCI saying it was "extremely unhappy" with it.

- Sexist E3 Harelbeke poster to be pulled after UCI steps in