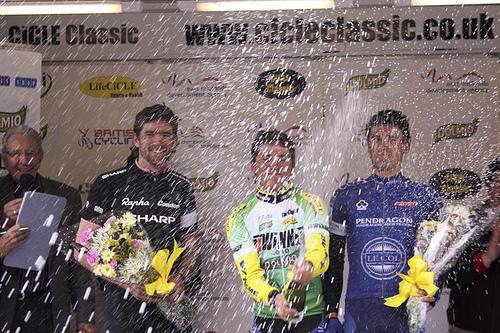 After 105 punishing miles around the lanes and farm tracks of Rutland, Michael Berling of the Danish Glud & Marstrand team emerged from the dust storm to clinch victory in the 2010 East Midlands CiCLE Classic.

According to the British Cycling website, in second place was Dan Craven of the Rapha-Condor-Sharp team and Yanto Barker of Pendragon-Le Col third.

That was the result and all credit to the worthy winners on the podium but what we're sure you are waiting to read with bated breath is how the new Kuota-road.cc team fared in their first big international race. 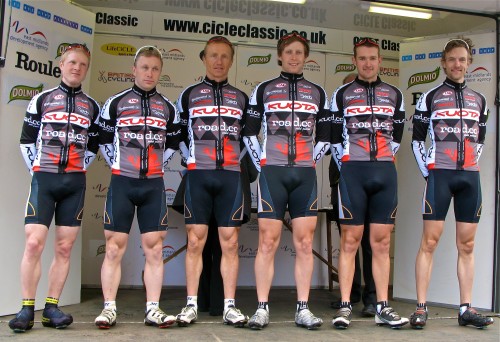 According to directeur sportif  Eddie White, "The boys did exactly what I asked" and posted the requisite two riders in the form of Dan Davies and Jeroen "JJ" Janssen in the break which in various compositions survived right from the beginning and for the duration of the race. 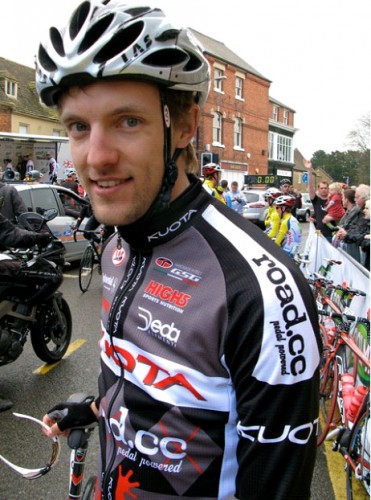 Well, for the first 95 miles or so anyway. First of all JJ yielded complaining about the hills - don't forget he's a Dutchman. As he tweeted immediately following the race, "FlyingDutchJJ - long day in the saddle! happy to get into the break though. Legs haven't felt this sore yet this year!" and then later he posted in our discussion forum, "Unfortunately I had to let the leading group go after about 125k. Dan and I were quite happy being up there together! Plenty of speed in the legs, but the hills were killing me." 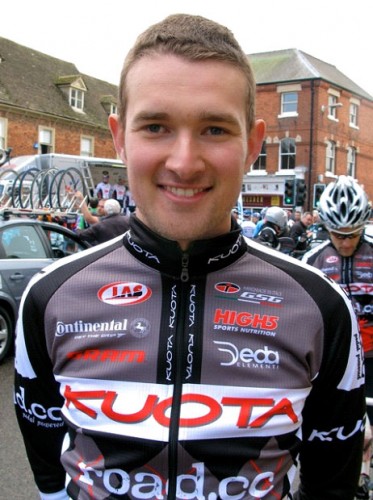 Young Dan Davies, however, managed to keep it going until 4Km from the end where he was swallowed by the bunch. His tweet said, "dan_davies86 - Regretted spending so much time off the front after 140km lol but at least should get @Kuota_RoadCC and @High5Nutrition some tv time."

According to Eddie, "It would have all been different if it had been a 95 mile race but I'm really proud of them for the committment and they all finished. We're really looking forward to the Tour Series."

We are very proud of you, too.

1
Concerns over future of Sheldon Brown’s website as bike shop where he worked closes down
2
WiggleCRC to be taken over by German online giant
3
'Mr Loophole' lawyer Nick Freeman wades into e-scooter debate... by launching petition calling for cyclists to be licensed
4
New aero cycling kit that can only be bought if you prove your average speed is fast enough launches on Kickstarter
5
“The constant low-level bullying is starting to take its toll” – road.cc readers open up on the stress of riding on Britain’s roads, with one giving it up for good
6
Rapha launches lightweight titanium accessories for bikepacking with Snow Peak
7
Pothole reportedly caused crash in which e-bike rider died
8
Kickstarter campaign cancelled for kit available only to those who ride fast enough