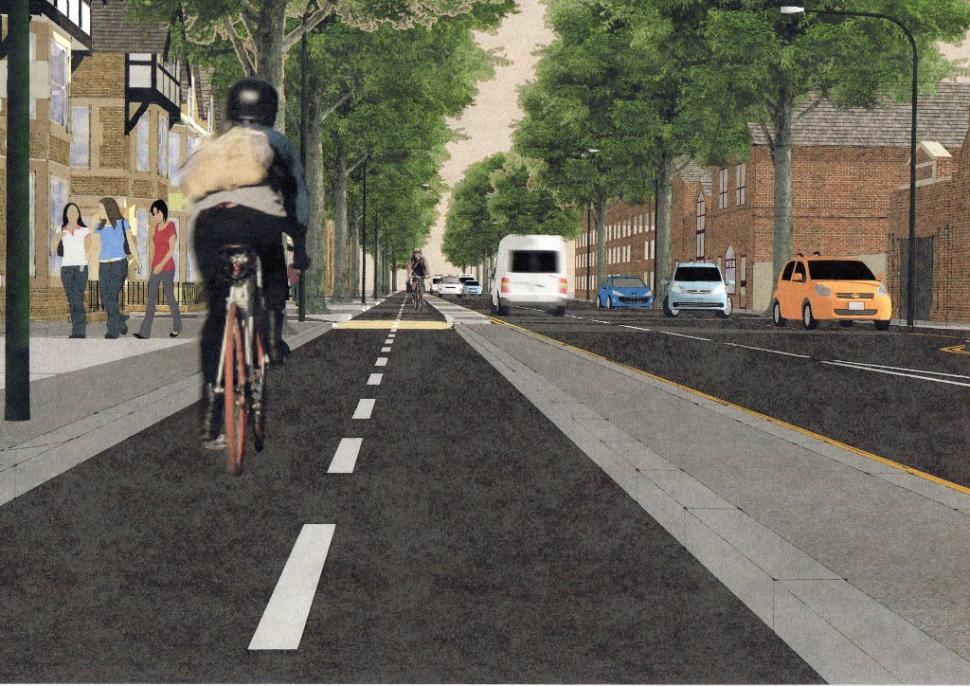 £6.1 million scheme under way after funding was approved last week
by Simon_MacMichael

Under the project, four commuter cycle corridors will be created, with improvements also made to cycling facilities in local areas and the introduction of a greenway linking parks in the city.

It will also see improvements carried out to existing cycle routes in the city centre, although one of those, on Castle Boulevard, will be closed for the next six months after work began there on the Western Corridor Cycle Super Highway.

Instead it comes from the D2N2 Local Enterprise Partnership which brings together organisations including businesses, local authorities and community groups in Derbyshire and Nottinghamshire.

D2N2 chair, Peter Richardson, said: “The promotion of sustainable transport is one of D2N2’s key commitments, as can be seen by our major investment in this project.

“The Nottingham Cycle City Ambition Programme not only has the potential to make significant health improvements; reduced traffic congestion means quicker movement of goods and people, and less air pollution makes the city more attractive to live in, which both have long term economic benefits.”

Nottingham City Council’s portfolio holder for growth, jobs and transport, Councillor Nick McDonald, commented: “The start of the cycle super-highway roadworks is a really exciting development for the City. The route links up the University of Nottingham to the city centre.

“We know it will prove to be popular with commuters and leisure cyclists, and provide a real showcase to demonstrate how high we are setting our standards for Nottingham’s cycling future.”

He added: “Unfortunately, during the works, it will be necessary to introduce temporary traffic measures which will introduce localised restrictions. We will tell residents in advance when works are happening and apologise for any inconvenience that the works cause.”