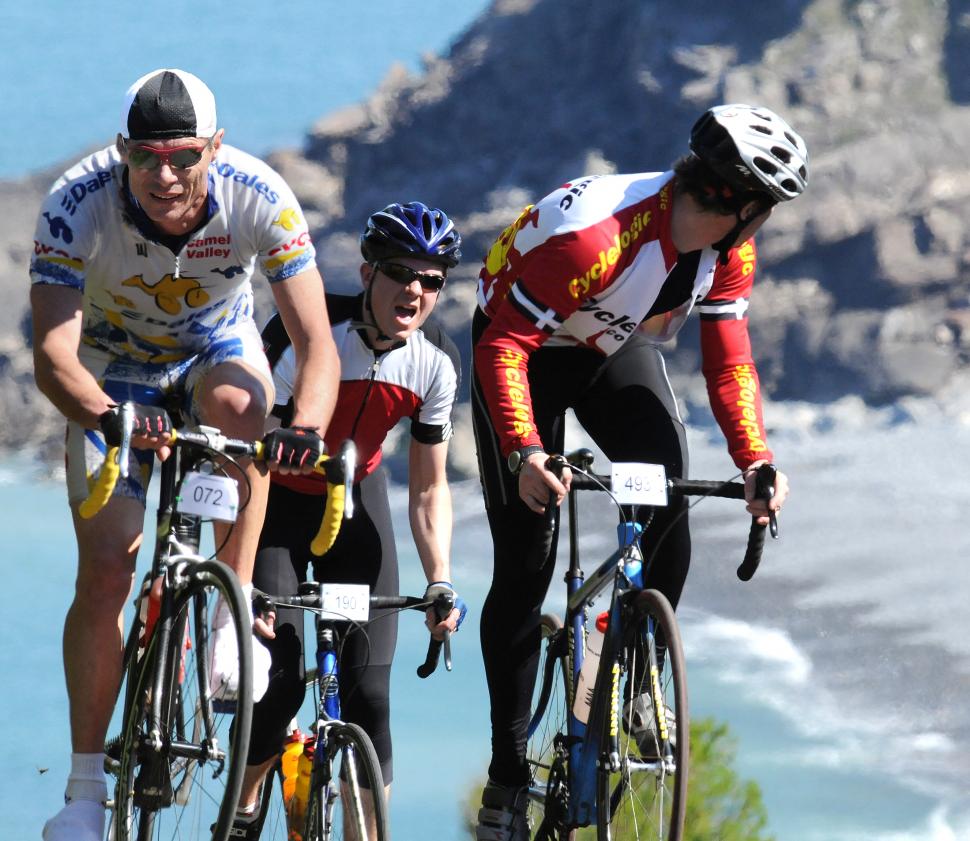 Sunday 16th May 2010: dare you face the Millook climb with its 35% gradient?
by nick_rearden

Sunday 16th May 2010: this epic event in Britain's extremely hilly South-West comes in a choice of 44, 72 and 100 mile routes and has been compared in the past with "going ten rounds with Mike Tyson" and "giving birth to triplets".

The organisers this year claim to have taken the sting out of the tail but it's still Cornwall whichever way you look at it and for the two longer routes there's also the dreaded Millook climb which although it's marked as 30% on average, it has a 35% tough part. Which has to be some sort of record.

The event title has gained a word this year by picking up a sponsor in Verenti bikes. And it's lost one because the newly unified county of Cornwall now renders the "North" redundant. Either way, the routes truly straddle the county from north to south and the organisers claim that the 100 mile route is the only one-day, coast-to-coast cyclosportive in the UK. You'll visit Doc Martin off the telly's picturesque Port Isaac on the Atlantic coast and then, eventually, idyllic Looe on the English Channel. Before, after and in between there is mile after mile of gorgeous and peaceful Cornish countryside and sea views.

A final word of warning from the organisers, "for those of you that haven’t had the truly phenomenal Cornish experience, these routes will give you a breathtaking challenge."