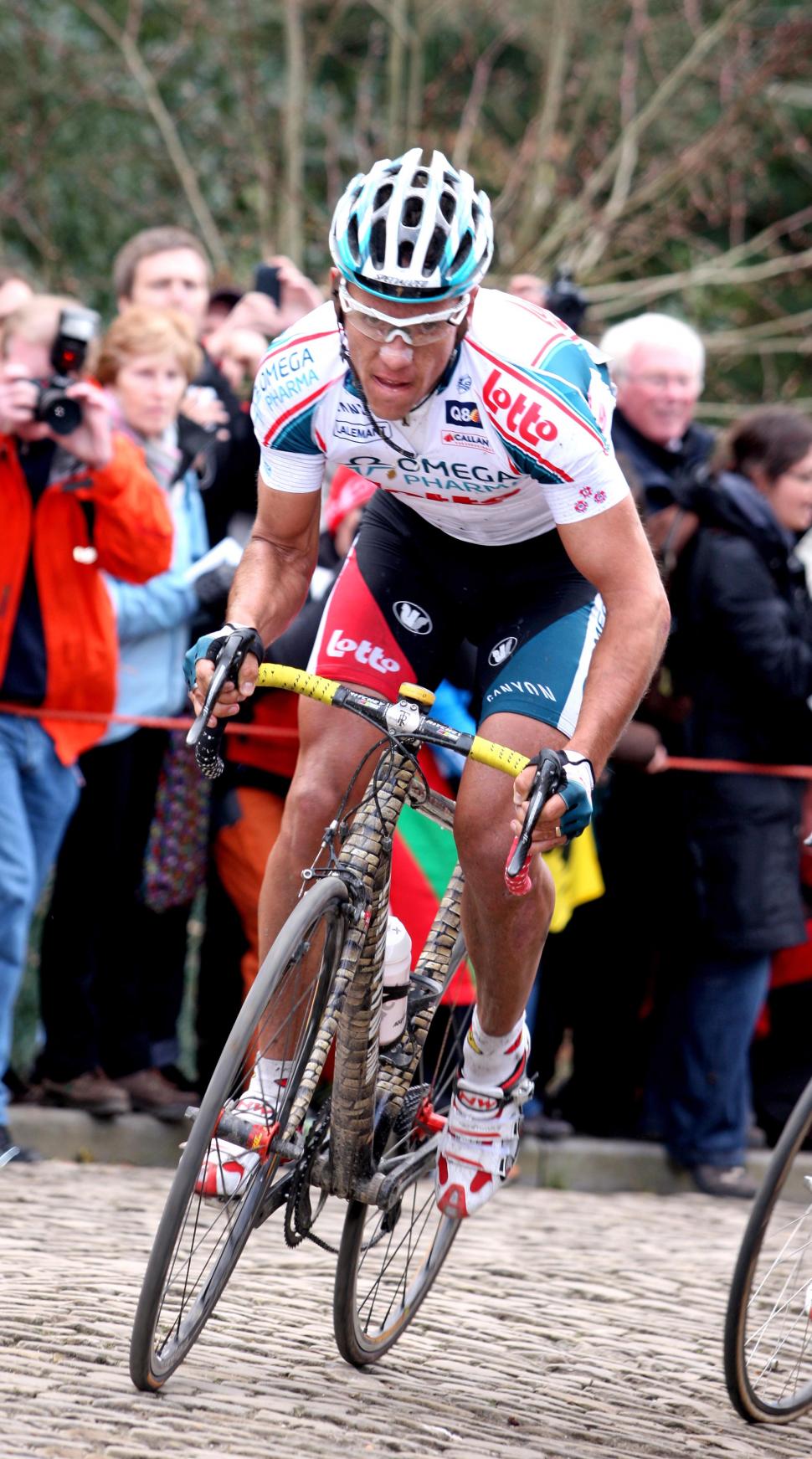 You could tell he meant business by his bike's special cobble-coloured paint job but in any case the 27-year-old Belgian Philippe Gilbert (Omega-Pharma-Lotto) kicked away so strongly from his small break of conspirators in the final 500 metres of today's Amstel Gold race that he had time to look around, smiling as he crossed the line, arms aloft.

He and his teammates played a crafty game all through the 257Km, 31 fierce climbs and endless twists and turns that characterise this route through the Limburg region of the Netherlands that border Belgium and Germany. They had a point to make as it was their first win of the year.

Up the final and dreaded Cauberg climb in Valkenburg, Gilbert's attack left Canadian Ryder Hesjedal (Garmin-Transitions) and Italian Enrico Gasparotto (Astana) to fight for second and third where everyone in a stellar group including Damiano Cunego (Lampre-Farnese Vini), the Saxo Bank Schleck brothers Andy and Frank plus the two Russian Katusha riders Serguei Ivanov and Alexandr Kolobnev had looked strong and threatening.

Team Sky's best finisher was the Norwegian Lars-Petter Nordhaug, who was 45th, in a group 3-19 down on the winner while the best Briton was Chris Froome, also Team Sky, in 76th at 10-20.