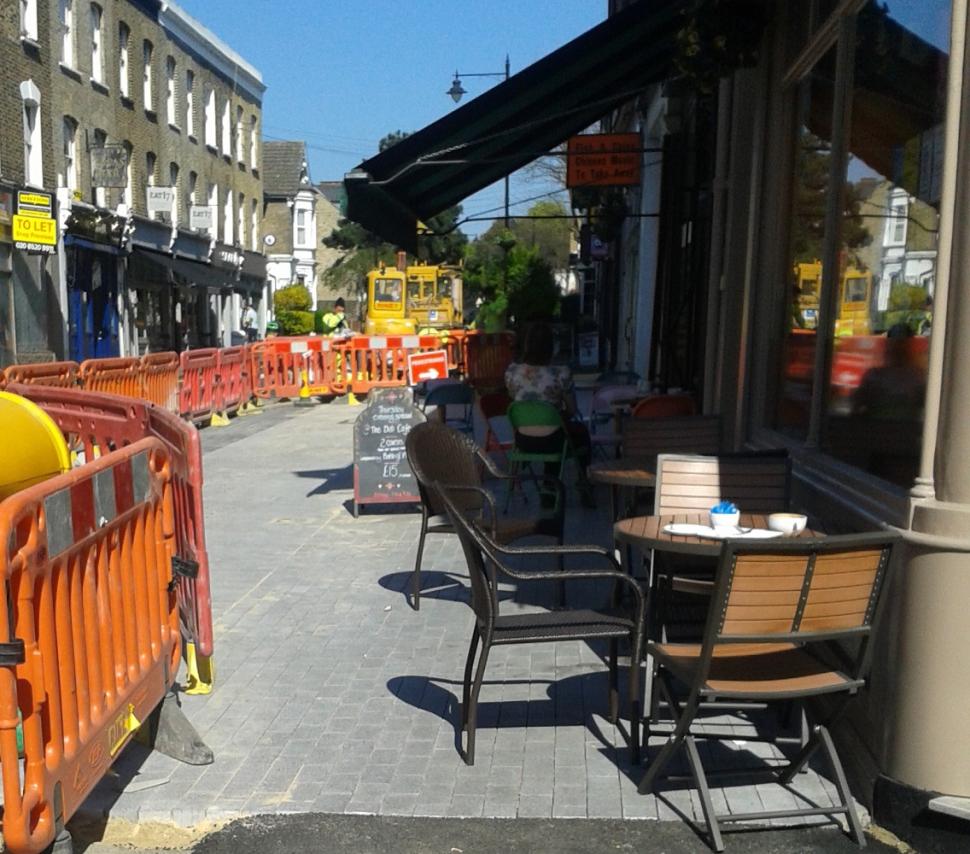 The cities of Dublin, Leicester and Brighton & Hove as well as the London Borough of Southwark were among the winners at the inaugural Cycle Planning Awards on Monday evening, held in Walthamstow – as was the host borough, Waltham Forest, which emerged victorious in two categories.

Organised by Landor Links, owner of TransportXtra and Local Transport Today, the awards dinner took place at Walthamstow Assembly Hall on the same day that Waltham Forest had officially unveiled one element of its £30 million Mini-Holland scheme on Orford Road.

Transport minister Robert Goodwill and Dutch ambassador to the UK Simon Smits – the latter in his very first day in the role – had earlier attended the opening of one of Waltham Forest’s Mini-Holland schemes, on Orford Road.

They would both address the audience at the awards ceremony, underlining the status of the event despite it being the debut edition, also reflected by a judging panel that included Bicycle Association executive director Philip Darnton, author and journalist Carlton Reid, and academic Dr Rachel Aldred.

Here’s a list of all the winners, together with the nomination citation, as well as the other nominees in each category. If you live in any of the places mentioned, or have experience of any of the schemes, let us know your thoughts on the merits of their nomination in the comments below.

The successful Mini-Holland bid included a series of proposals aimed at addressing historical traffic management issues whilst improving conditions and provision for people walking and cycling. The first stage of the delivery was a pilot scheme in Walthamstow Village. The aim of this was to show people how their area could feel if non-local traffic was removed and how their day to day lives would be affected.

Southwark Council adopted its new cycling strategy Cycling for Everyone in June 2015. The council has a clear vision for cycling in the borough, that cycling will be for the many, not the few – the natural choice for getting from A to B, with attractive, accessible, connected routes that do not involve sharing the road with large vehicles or fast moving traffic. The strategy sets out a delivery plan and cost estimates to show how this policy will be implemented over the next 5 years.

The Lewes Road Cycle Scheme involved significant reallocation of road space on a busy 4.5km dual-carriageway in order to accommodate improved cycle facilities and enhanced priority for buses.  The scheme is most well-known for its introduction of 14 floating bus stops along the route which remove the previous conflict between buses and cyclists that was often seen as a significant barrier to cycling. Lewes Road (A270) is an important part of the City’s road network, linking the city centre northwards to major employers and destinations including: two universities, the Brighton & Sussex Medical School and the Amex Community Football Stadium and beyond.

Leicester Cycle City Action Plan sets out strategic aims, priority areas for investment and approaches to key challenges and targets as part of the Connecting Leicester Vision. It is an illustration of what Leicester Cycle City aim to do to encourage more citizens into cycling as well as attracting and directing investment opportunities. Included are proposed programmes of work to 2018 and 2024. This includes delivering infrastructure, training, engagement and promotions across the city to help make cycling safe, simple and more attractive.  Aiming to meet government targets of a 10% modal share for cycling by 2024.

The overall aim of the project was to help build a better cycling culture within five primary schools in Peterborough and to encourage children, parents and teachers to cycle more often. Funding was used from the DfTs ‘Bikeability Plus’ pilot and developed a 7 week programme based on their modules that played to strengths and experience and that offered each year group a cycling activity. The overall target: Increase those cycling to school at least once per week by 20%.

Winner – Growing cycling in the hilly north – University of Sheffield

Cycling is on the up in Sheffield. Students and staff are bucking the trend for a hilly northern city and using the bike increasingly as their main form of transport. At the University there is an attitude to create a culture where cycling is the norm. They try to provide the best quality facilities to support staff who want to cycle. They also award contracts to a local social enterprises and companies to help build relationships around the city and offer advice to other employers and the local authorities on providing cycling.

Santander Cycles is a public self-service bicycle hire scheme designed for short journeys in and around London. It provides a viable transport alternative and cycling opportunities for Londoners and visitors 24hrs a day, 7 days a week and 365 days a year. Since its launch in 2010, with around 6,000 bicycles and 400 docking stations across central London, the scheme has seen rapid growth. Phase 2, saw the scheme extend throughout Tower Hamlets and an extension of the scheme in Hackney and Kensington & Chelsea, adding around 2,000 more bikes, 4,500 docking points and 150 docking stations and bringing coverage to 65km2 in total. Phase 3, with a further 2,000 bikes, 5,000 extra docking points and 180 docking stations in parts of Wandsworth and Hammersmith & Fulham, extended the geographic coverage by around 35km2.

The project was completed in 2013 and published in April 2014 and set the challenging task of developing a strategic cycle network for the Dublin City, Fingal, South Dublin, Dun Laoghaire Rathdown and Wicklow areas, known as the Greater Dublin Area.  This plan was aimed at increasing this further and taking cycling to Northern European levels of usage over the coming 5 to 10 years, an ambitious but in the context of over 100% growth over the last 5 to 10 years achievable.

Cycling Champion of the Year

Councillor Loakes has been a key driver in revolutionising cycling in Waltham Forest and creating cycle friendly communities. His achievements have included the success of the Cycle Action Plan 2012, the public realm improvements in preparation for the London 2012 Olympic Games, Project 2013 where the Council invested over £10m to regenerate the borough, these initiatives which have gone on to spark the Mini-Holland bid and its subsequent triumph. This £27 million programme aims to transform cycling infrastructure across the borough and encourage people to take to two wheels. In order to complement these works, the Council have hosted numerous ‘car-free’ days in Leytonstone and ‘Le Tour de Waltham Forest’, a day of organised cycle rides around the borough to suit all levels of ability, both of which have been spearheaded by Clyde and have been highly successful events. Not only has he promoted these events, he is a keen cyclist and has regularly taken part in them, proving that he is not afraid to get his hands dirty.