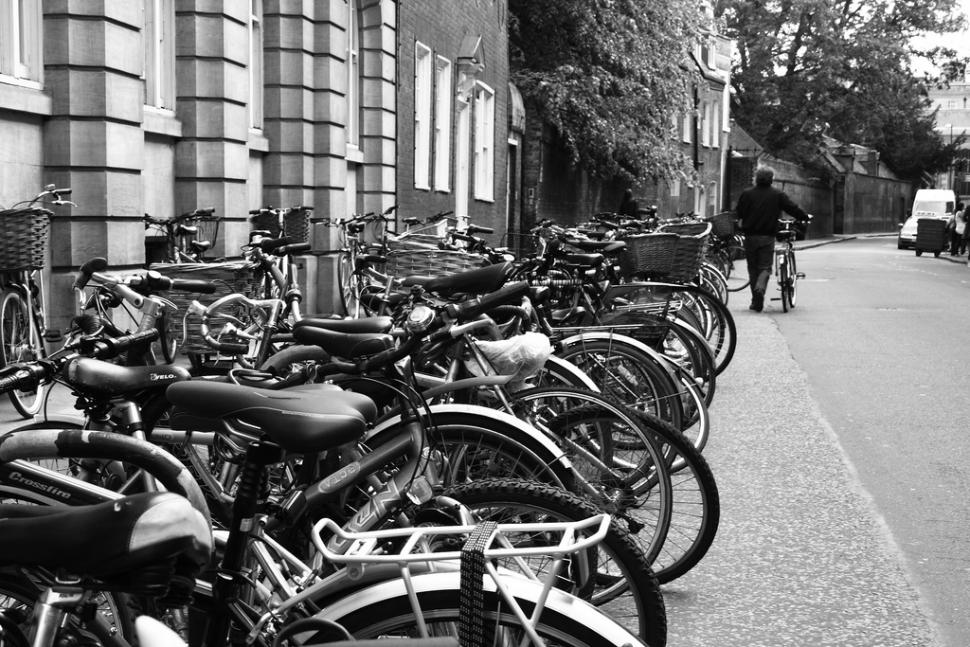 Perth and Cambridge top bike commuter ratings - but could they do more?

Around 30% of commuter journeys by bike in hotspots - but we're still far behind Europe...
by Sarah Barth

People living in Cambridge and Perth are the most likely to cycle to work in the UK, according to a Royal Mail study of postcodes.

The research, mapping commuting methods across the country using figures from the Annual Population Survey and information released from the Office for National Statistics, has found that Perth has a  31.6 per cent cycle use, with Cambridge just behind at 31 per cent.

Cambridge's five city postcode areas, CB1, 2, 3, 4 and 5 dominate the top ten cycle commuting spots, but are all beaten by the PH8 district of Perth and Kinross, in central Scotland.

However Robin Heydon, of the Cambridge cycling campaign, told Cambridge News: "It's no surprise that we are one of the top cycling cities in the UK, if not the English speaking world.

"You will probably find there are some people that have a bike but don't cycle to work, because it's too close, or there is no cycle parking available."

"We have got an ideal city to do this. It's compact, it's flat and the weather is significantly better than say the Netherlands, so why aren't we up to 50 per cent?" he said.

"The quickest way to get around Cambridge is on a bike, so the people who live in other cities and want to use a bus, are the ones here who typically go by bicycle."

Perhaps as a result of the high levels of cycling, less than 10 per cent of all the city's postcode areas take a bus to work.

Andy Campbell, managing director of Stagecoach East, said: ”Over the last 10 years or so Cambridge has been a bit of a success story in getting people to travel on bus, admittedly from a low base originally", he said.

"I am not surprised there are a lot of cyclists, because it's very difficult to travel through Cambridge at any time, but particularly at peak. I think the local authority probably gives better priority for cyclists than they do for buses."

Dr Ian Philips, of the University of Leeds found 44 per cent of workers nationwide would be able to commute by either walking or cycling.

He said: "The factors that affect your chances of being able to get to work depend on where you live, meaning the results of this study are particularly useful when mapped for small areas.

"For example, bicycle availability has a bigger effect in Cambridge than in Sheffield."