SRAM’s new eTap shifting system removes the need for gear cables on your bike and, after an initial getting-to know-it phase, is super-easy to use.

This article is about using SRAM Red eTap. For all the tech and background details go to our news story.

SRAM took us out to its German HQ last week to show us the new eTap components, talk us through them, and go out riding. 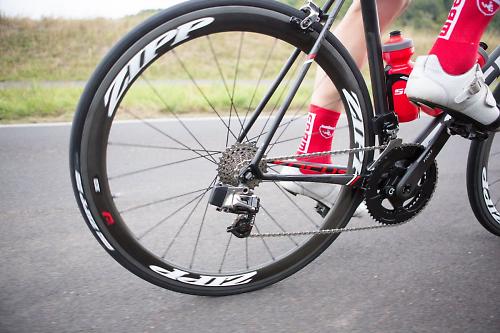 I got in a 2:45hrs ride on Thursday and a similar amount of time on Friday – so about 5:30hrs all in – over varying terrain. “eTap is the antidote to complexity,” SRAM’s David Zimberoff told us. “Cycling is supposed to be simple. You’ll find yourself spending more time in the right gear and have a more efficient ride.”

There was about an hour at the start of the first ride when I had to think about which hand did what, then it became automatic. That’s about the same amount of time as it takes when I swap from a bike equipped with Shimano gearing to one with Campagnolo gearing. 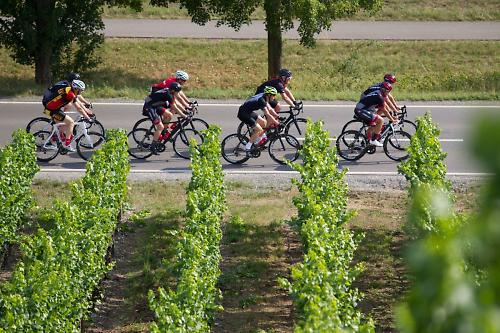 Speaking of those other brands, if you’ve ever used Shimano’s Di2 system you’ll know that the upshift and downshift buttons are positioned very close to one another. I’ve very occasionally hit the wrong one by mistake, especially when wearing big winter gloves, but that’s simply not possible with SRAM’s system because one hand performs the upshifts and the other performs the downshifts. It’s not possible with Campagnolo EPS either, by the way, because your thumb moves the mech in one direction and your forefinger moves it the other way. 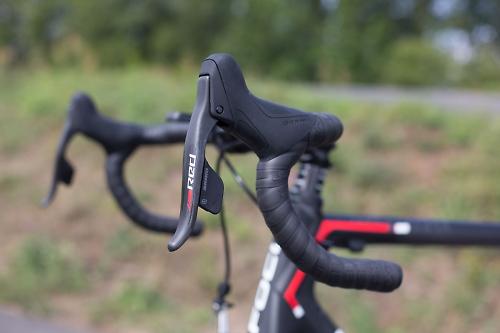 All of the eTap’s rear derailleur shifts felt very precise, not surprisingly because you can fine-tune the rear derailleur’s indexing in 0.2mm increments. If you ever do find the chain chattering and not quite sitting perfectly as you ride, you can adjust it easily on the fly via the lever. 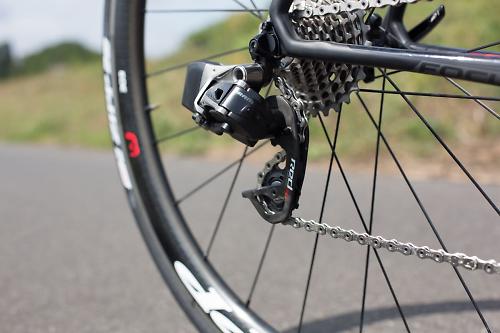 The front shifting was equally precise. When you’re moving from the small chainring to the big chainring, the cage overshifts slightly to help the chain make the jump. Then a fraction of a second later, once the chain is up there, the cage moves back slightly inboard to its standard position. 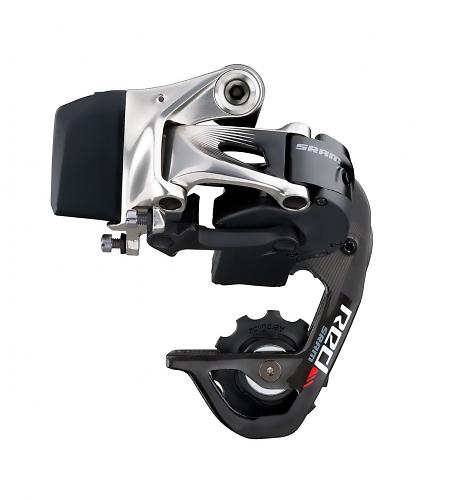 The extent to which these two things happen depends on the sprocket that you’re in at the time. The rear derailleur and the front derailleur don’t just communicate with the shift levers, they also communicate with one another. Say you have the chain on the small chainring and one of the larger sprockets, for example, and you want to change to the large chainring. The rear mech lets the front mech know that it needs to overshift more than it would if the chain was more outboard (positioned on one of the smaller sprockets). Make sense?

Once the eTap front mech is in that position, it doesn’t move according to the sprocket you’re using. In other words, there’s no front mech trim. With Shimano’s Di2, you’ll sometimes hear the front mech move when you make a shift at the rear. It does this to avoid the chain rubbing against the front mech cage when you alter the chainline by changing gear. SRAM says this isn’t necessary with eTap because there’s no danger of chainrub no matter which chainring/sprocket combo you’re using – the same as with its Yaw mechanical front mech. 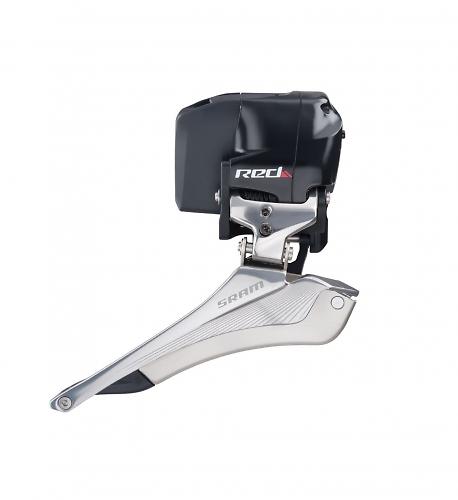 I certainly didn’t experience any chainrub while riding, no matter what gear I was using. I purposely used every gear combination available and the system coped with it all just fine.

I also tried shifting under load, both at the front and at the rear, and eTap was fine with that too.

The one thing I would say is that shifting from the small chainring to the big chainring, although always accurate, didn’t seem to be as fast as with Shimano Di2. I’d like to spend more time on eTap to see if that’s certainly the case or whether it was just the way my bike was setup.

One feature of eTap that I really do appreciate is the ease of braking and changing gear at the same time.

If you have your hands on the drops, you can brake with your middle fingers and use your index fingers to change gear. 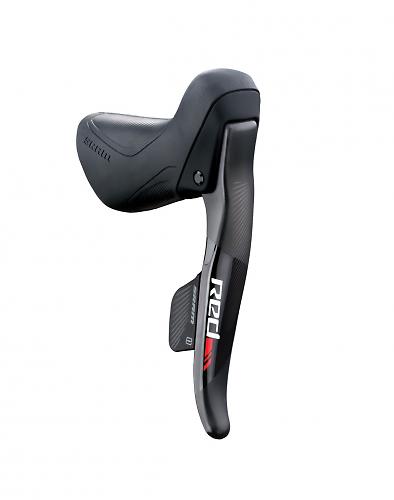 If you have your hands on the hoods, you can do the opposite: brake with your index fingers and change gear with your middle fingers.

If you’re riding in a tuck position with your hands on the hoods and your forearms parallel to the ground you can change gear with your ring fingers or even your little fingers.

All that sounds more complicated than it actually is. When you’re on the bike you just work it out for yourself in minutes and start doing it, as with any other shift system.

What more is there to tell? The lever feel is very positive and you can perform multiple shifts by holding the paddle in the shift position. That’s about all there is to it. The system is easy to operate, it feels good, and initial use says that it works really well.

We will, of course, try to get SRAM Red eTap in for a full review on road.cc as soon as possible.