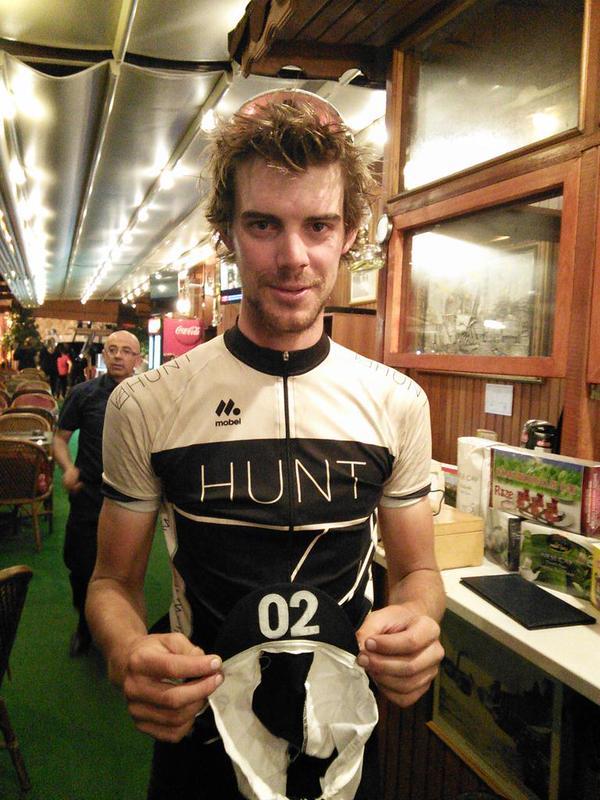 Last year's runner-up finishes race from Flanders to The Bosphorus around 400km ahead of closest rival...
by Simon_MacMichael

Josh Ibbett has become the first British winner of the Transcontinental race, crossing the finish line in Istanbul tonight about 400 kilometres ahead of his nearest rival, Alexandre Bourgeonnier of France. He completed the near 4,000 kilometre journey in a shade under 10 days - six minutes, to be precise.

The 27-year-old Ibbett, who comes from Brighton, was runner-up last year to Belgium’s Kristof Allegaert, who also won 2013’s inaugural event, with the first two editions starting in London.

This year’s race, which began with 175 riders, started across the Channel at the top of the Muur van Geraardsbergen climb, formerly an iconic feature of the Tour of Flanders, as the clock struck midnight to usher in Saturday 25 July.

Competitors, riding unsupported, could choose their own routes but had to pass through several obligatory checkpoints including another of the sport’s most fabled locations, Mont Ventoux in Provence, plus Italy’s Strada dell’Assietta and the 25 switchbacks to Mount Lovcen National Park in Montenegro.

Ibbett, who spoke to road.cc last month about his desire to win the race, lay second to another British rider, James Hayden, as the race headed into Croatia.

But he overtook his rival as Hayden struggled with a condition, Shermer’s Neck, that can affect some long-distance cyclists and has also inspired a Kickstarter campaign for a bike periscope.

Bourgeonnier moved into second place in Montenegro, but as Sunday turned into Monday was two national borders behind Ibbett, who was in Turkey, while the Frenchman was still to enter Bulgaria.