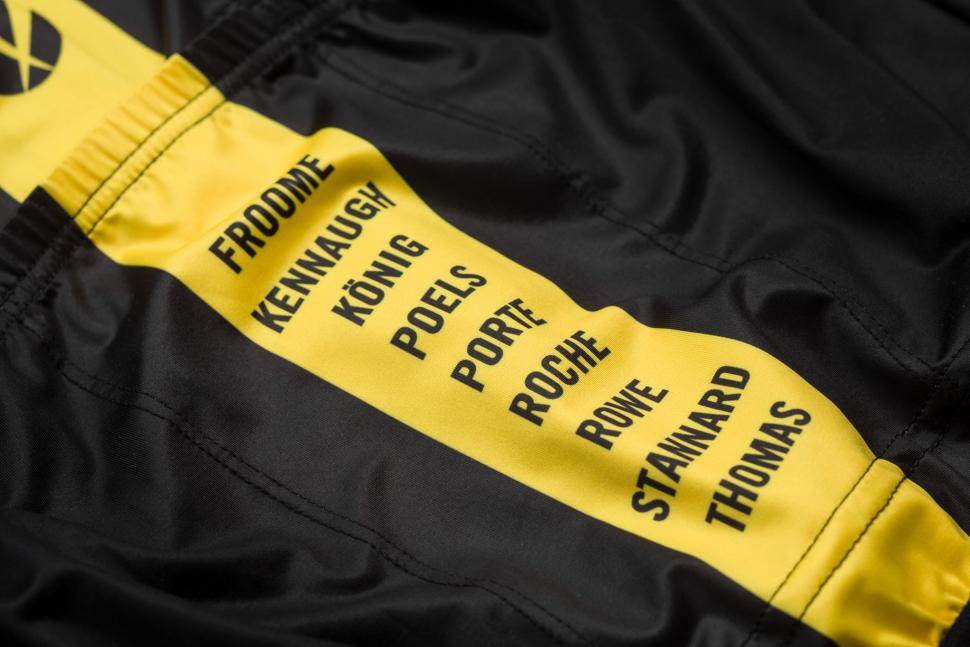 The special kit Team Sky wore last Sunday in Paris to celebrate Chris Froome’s victory in the 102nd edition of the Tour de France nearly didn’t make it to the French capital, it has been revealed.

A blog post on clothing supplier Rapha’s website reveals the preparation that went into the one-off kit, which saw yellow replace blue and detailing such as an Arc de Triomphe logo and the names of all nine members of the squad added.

With designs finalised by the first rest day and signed off by Team Sky, they needed to be approved by the UCI, which permits a change of kit for one race a year. Special clothing was also needed for team staff.

That was secured on the second Friday, leaving a week for the custom garments to be made in Italy, checked for quality back in London then rushed to the team in the Alps ahead of the transfer for the race finale in Paris.

Paul Carr, who looks after Team Sky logistics at the clothing brand, flew to Geneva on the following Friday, two days before the race finale, to deliver the kit to a variety of locations including Alpe d’Huez and Chambery.

There was just one problem. The two suitcases containing the kit, weighing 26 kilograms, hadn’t arrived.

“I was like ‘oh my f**king god’,” said Carr. “A lost baggage situation isn’t fun for anyone but a lot of work had gone into this. So we had to reorganise the distribution, and my brief was basically ‘get that stuff to Paris.”

Luckily, it turned up at the Swiss airport the following day – meaning he had to dash to Paris that evening, getting it there on Sunday morning and laying it out for the riders on the team bus, none of whom knew the special kit was on its way, nor the drama that had accompanied its journey.

“It was like Christmas for them, they all loved it,” Carr added. “We gave each rider two jerseys. This is the sort of keepsake a rider will want to hang in their trophy room or bike shed.”