Schwalbe continues to pretty much single-handedly fly the flag for road tubeless tyres, and continues its development with the launch of the new Pro One, which it claims is 70g lighter with 10% lower rolling resistance than the current One tubeless tyre. The new Pro One Tubeless tyre will be available in 23, 25 and 28mm widths, weighing 235, 255 and 275g respectively. That compares very favourably with regular tyres and even more favourably when you add the weight of an inner tube to a regular setup.

As well as being lighter, Schwalbe claims the new Pro One tyre is even faster than the tyre it replaces. In its testing, it found the Pro One to provide a 10% reduction in rolling resistance compared to the previous One tubeless. 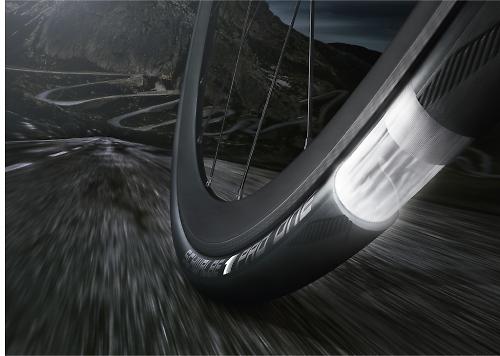 Against a comparable folding tyre that gap increases to a claimed 25%, though it doesn’t state the actual tyre used in testing. Compared to its own Durano however, with similar puncture resistance, the Pro One provides a whopping 40% reduction in rolling resistance.

The improvements have been achieved with the development of MicroSkin, a construction process that Schwalbe has been using for its mountain bike tyres already. The Pro One is a Tubeless Easy tyre, which means that a little sealant is needed. 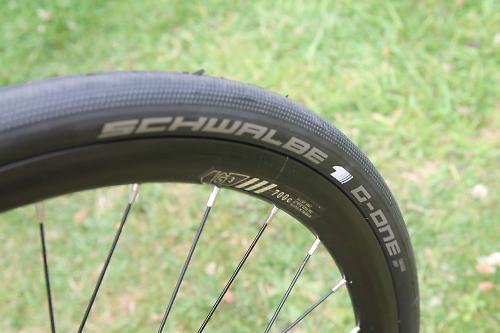 Schwalbe has also expanded its tubeless range with the new S-One, a 30mm tyre designed for rough roads and races like Paris-Roubaix, where it actually debuted. The new G-One is a gravel tyre and comes in 35 and 40mm widths, making it the first big volume road tubeless tyre I think we’ve yet seen. Finally, there’s the X-One, a 33mm cyclo-cross tyre. We don’t have any UK prices for any of these tyres, but as soon as they’re announced we’ll let you know. A current One tubeless tyre costs , so expect the new One Pro to be similar money. It’s not currently clear if the current One will be phased out, or continue to be available.

The German company admits it used to be sceptical of tubeless tyres on the road, but that following much research and development, it managed to manufacture a tubeless tyre that met its demands and subsequently changed the company changed its tune. It's now a proponent of tubeless tyres, often saying its tubeless tyres are the fastest tyres it has ever developed, even compared to tubular and clincher versions.

Why tubeless? According to Schwalbe, the benefits are numerous, and include “clear advantages in speed, comfort, grip and puncture resistance.” It adds that rolling resistance is reduced because there’s no friction between a tyre and inner tube. There is the advantage of lower pressures and of course, the real trump card of a tubeless system, high puncture resistance.

I’ve certainly been impressed with Schwalbe’s road tubeless tyres over the past few years, and they just keep on getting better. The latest One tubeless tyre is very impressive, it’s fast, easy to install and very puncture resistant. I'm looking forward to testing the new Pro One, and also the G-One as well, that looks very interesting and appeals to the many new gravel and adventure bikes flooding the market.