Joaquim “Purito” Rodriguez today clinched his second stage win in the 2015 Tour de France, adding to his victory on the Mur de Huy of stage 3 with a dominating ride on the Plateau de Beille. Here's the custom painted Canyon Aeroad CF SLX he was riding. 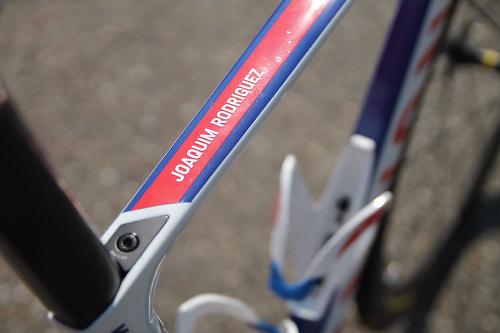 Joaquim Rodriguez has had a few custom painted road bikes during his time, this latest is arguably the smartest we’ve seen though, a stylish red and blue on white paint job. His choice of an aero bike just goes to show that aerodyanmics do play a factor on the climbs, especially at the speeds these guys are racing up them. 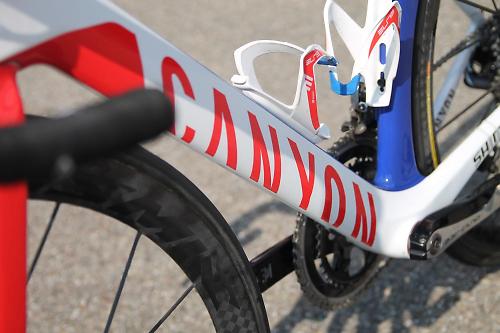 Underneath the paint is Canyon’s latest Aeroad, the German company's dedicated aero race bike first introduced last year. Joaquim Rodriguez has favoured the previous Aeroad and made no hesitation switching to the new model. You’d might think someone known for his devastating climbing abilities to favour the lighter Ultimate from Canyon’s range, but clearly he favours the aerodynamic advantage of the aero road bike. 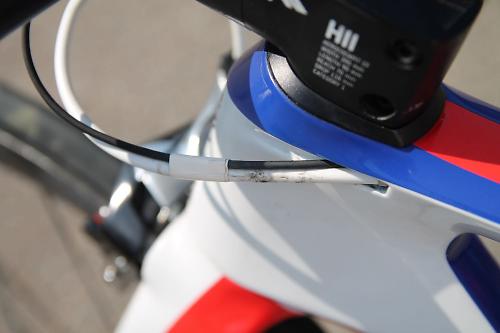 The best feature of the bike has to be the custom Selle Italia SLR Monolink saddle. The cover is finished with a small cigar graphic, a reference to his “Purito” nickname, as well as highlighting his WorldTour overall victories in 2012 and 2013. 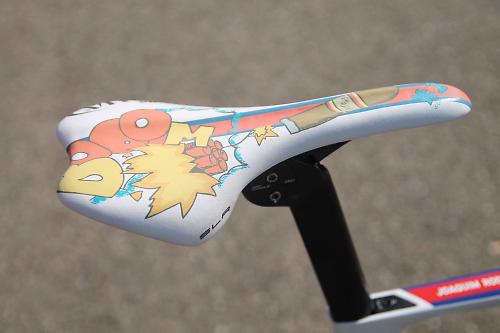 Up front he uses Canyon’s Aerocockpit CF integrated handlebar, sticking with his preference for aerodynamic equipment. The company claims it is good for an aero advantage of 5.5 W at 45 km/h, compared to a conventional bar. It houses all the cables inside the bar, the Di2 junction box is mounted underneath the handlebar as well, and there’s a custom mount for his SRM computer. 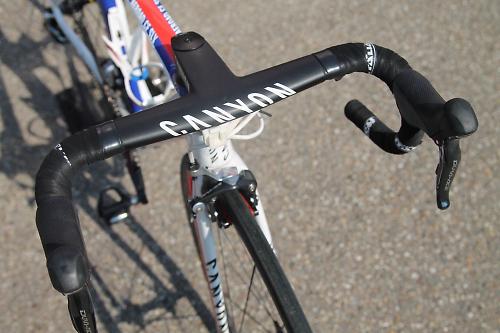 A smart detail that is easy to miss are the Di2 optional sprint shifter buttons mounted underneath the centre section of the handlebars. Normally, given their name, they’re mounted inside the drops quite near the hoods, but Rodriguez clearly finds this location preferable for his riding style. A clear benefit of this position is that when he’s climbing on the tops, he can change gear without move his hands over to the hoods. 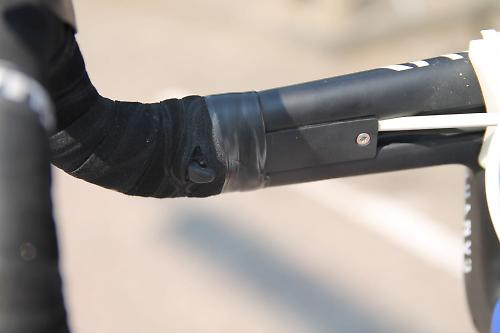 The bike is kitted out with a full Shimano Dura-Ace Di2 groupset, and while there’s a mount for an SRM computer on the handlebars, this bike doesn’t have an SRM Power Meter fitted at the cranks. The sticker saying “2” suggests this is one of his spare bikes explains the reason it doesn’t have a power meter installed. 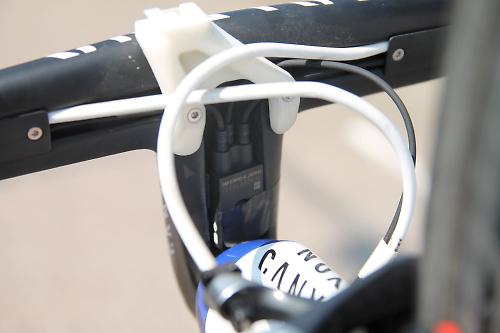 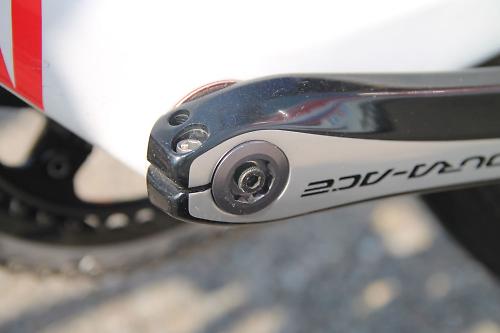 What's this all about then? Is it a mechanics mod to make preloading the Shimano chainset with an Allen tool easier and quickier, or is it to add extra weight in the bottom bracket to bring Joaquim Rodriguez's XS size Aeroad up to the 6.8kg weight limit? 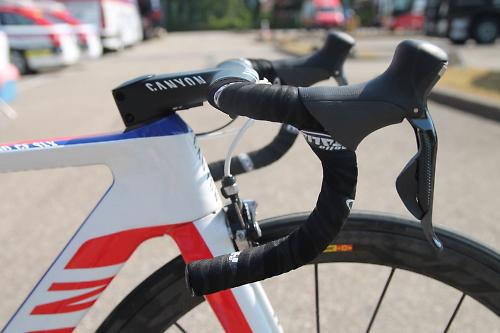 Mavic Cosmic Carbone wheels are fitted with Mavic 22mm branded tubular tyres, but it sidewall suggests they’re made in Italy and the tread pattern does look like that which you would find on a Vittoria tyre. 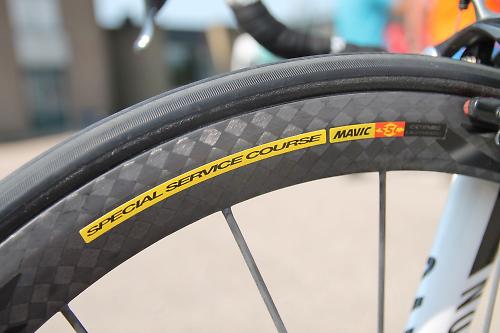