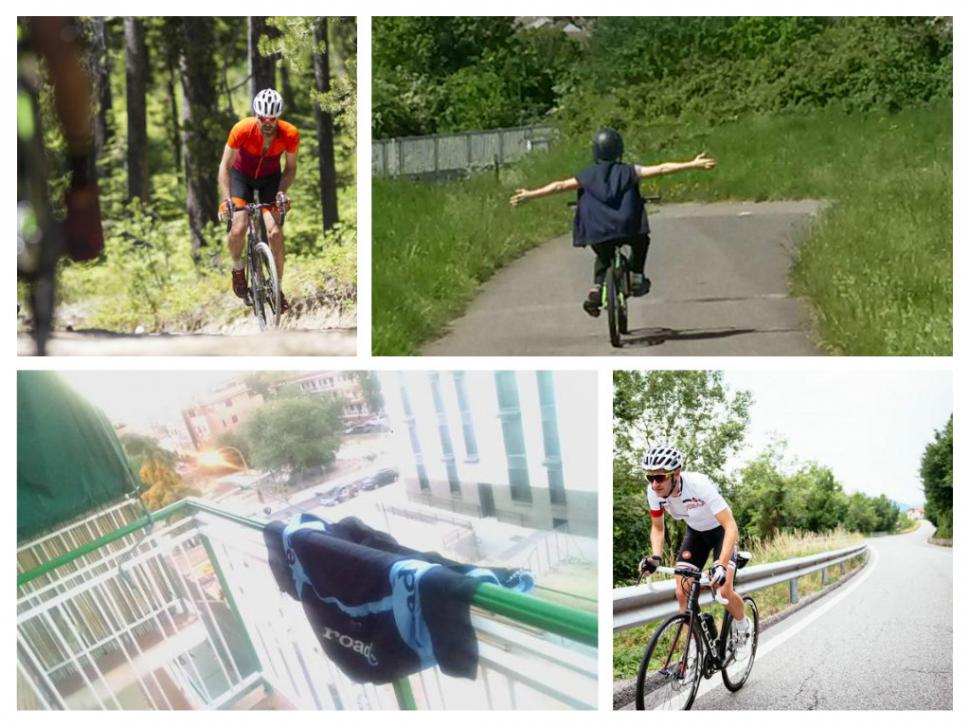 #mycyclingweekend - The Father, the Sun, and the holy cyclist

It’s been a little over a month since we last rolled out the #mycyclingweekend hashtag, but boy have we been busy since then.

The wheels of change have certainly been turning here at road.cc. Over the last month we’ve launched our own club -  check out Team road.cc for more info - both Dave and David have spent time riding abroad in America and Italy, and Alberto Contador’s Giro d’Italia victory has laid down a marker for the rest of the Grand Tour season.

On top of all of that, I’ve moved to Madrid. So, from now on, your #mycyclingweekend posts will be beamed out of sunny Spain. It’s not bad really:

Anyway, this weekend is a big one; literally. It’s the summer solstice, so, if we’re measuring in sunlight hours and dismissing those dastardly bank holiday weekends, this one is technically the longest weekend of the year. So there’s loads of riding to be done.

Whether you're on your bike or not, we want to hear about your cycling weekend. Ping us some pictures of you and your bike bits. Maybe it's a Father's Day present, a first ride with a new piece of kit, something cool and two-wheeled that you've seen while you're out and about; even if you're just sat at home watching the racing on TV, let us know!

As you’d expect, here at road.cc our weekend will be spent doing all sorts of cycling related things - not just riding - and we'll be tweeting and Instagram-ing (?) all about them.

David Arthur, our Tech Editor, is heading to the Route du Sud this weekend so watch out for some behind the scenes tech and race coverage as he shadows the pros for the day.

Our editor at large and resident northerner, John Stevenson, who's been out of action for the last nine weeks with a broken ankle following a blind-side collision with an overenthusiastic dog, is planning on getting back in the saddle.

Dab hand in the road.cc art and design department, Oli Pendrey, will be trying to convince his 2-year old son that trying out one of the three balance bikes we have in for test is more interesting than hitting a tree with a stick.

I’ll be exploring Casa de Campo, Madrid’s largest urban park, after giving my poor Moser Speed a little bit of love and attention - it hasn’t had a proper clean since it was boxed up and shipped 1,000 miles.

And Tass Whitby is planning on digging out her spare pair of peddals to put on her Paulus Quiros so that she too can enjoy the longest day of the year from the best seat in the house.

The rest of the team will be out riding, fettling, and enjoying what is set to be a seasonally sunny solstice; even if Saturday looks like it could be a washout.

A photo posted by Max (@max_pne) on

Devon's 2nd longest climb was part of #mycyclingweekend. Not setting any records though! pic.twitter.com/XkBHYqoNSO

a particularly pretty 'bike leaning on something' photo from Saturday at Coed y Brenin #mycyclingweekend pic.twitter.com/ZxEqMx4TLm