Salsa Cycles has introduced the new Cutthroat which is described as the “ultimate Tour Divide racing machine” and based around a carbon fibre mountain bike frame with 29in wheels and drop handlebars with disc brakes and thru-axles. 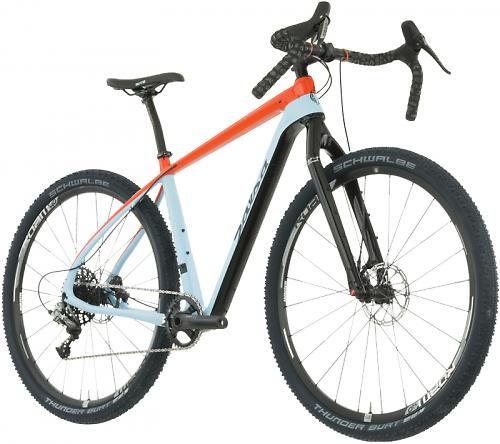 Gravel and adventure bikes are in fashion right now with Cannondale set to launch its new Slate, a new gravel bike with a short travel Lefty suspension fork, with rumours it'll roll on 650b mountain bike wheels and fat tyres. Most gravel and adventure bikes blur the traditional lines between cyclocross, road and mountain bikes, some lean more towards one category than others, the Cutthroat clearly leans more towards a 29er mountain bike. There’s some similarity to the Niner RLT here, a bike that can be built with 29er mountain bike wheels and tyres.

Salsa product manager Joe Meiser and product design engineer Sean Mailen have used personal experience racing the Tour Divide as the basis for the design direction of the new Cutthroat. 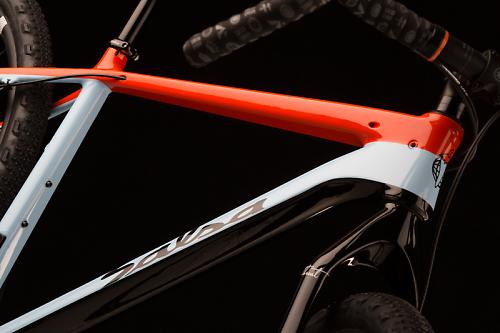 “The experience of riding the Great Divide Mountain Bike Route will last a lifetime,” said Mailen. “Cutthroat is a huge step forward in terms of what a fast, efficient bikepacking bike looks like. We asked ourselves; what does the racer need to finish the Tour Divide as fast as possible?”

Salsa considered comfort, reliability, weight and efficiency as the four cornerstones of the new bike. Joe Meiser says: “The ultra-endurance off-road cyclist is constantly seeking that perfect equation of simple, light, reliable, durable, convenient, and fast because at the end of a 2,745-mile ride the right mix can mean hours saved, not just seconds.” 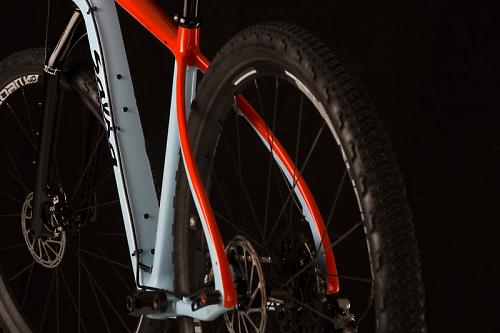 The new Cutthroat then is built around mountain bike 29in rims with big 2.4in Schwalbe Thunder Burt tyres. The carbon fibre frame features the company’s Class 5 VRS (Vibration Reduction System) first introduced on the Warbird. Specially shaped seatstays with a thin and tall vertically orientated profile is intended to provide compliance.

The Cutthroat is fitted with a Firestarter Carbon fork (but a 100mm suspension fork can be fitted) with a thru-axle.A thru-axle is used at the rear end too. Gear cables are internally routed but the rear brake hose is routed along the top of the down tube and along the chainstay. The frame fits a 27.2mm seatpost and has a PressFit 92mm bottom bracket and uses post mount rear brake fittings. The rear axle is the now standard 142x12mm. 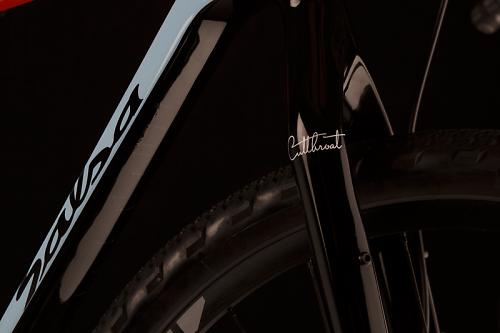 Fitting a mountain bike with a drop handlebar isn’t a new idea. Mountain bike legend John Tomac most famously raced such a setup back in the day, and some cyclists have been building “monster cross” bikes, which blur the lines between mountain, road and cyclocross, more recently. The late Steve Worland was an early advocate of monster cross and you can read about his experimentation with fitting drop bars to mountain bikes in this article

What are the benefits? “Multiple hand positions mean multiple body positions, and those are necessary to keep the body happy,” cites Mailen. “Cutthroat is spec’d with the Salsa Woodchipper bar because it offers the widest variety of hand positions."

Key to the design of the new bike is an extremely large front triangle to provide as much space for luggage as possible. There are top tube bosses to mount new Salsa top tube bag that is currently in development and three bottle cage mounts. 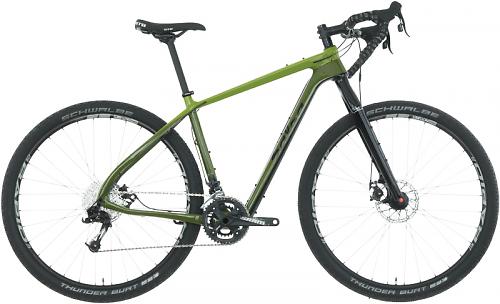 The frame will be offered in four sizes, here’s how the geometry looks: 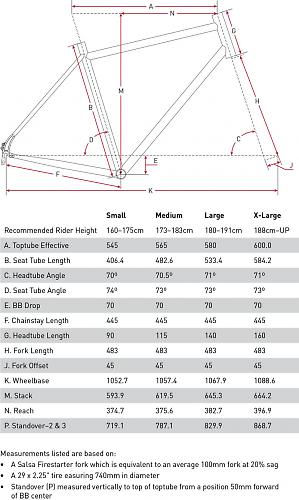 Salsa sponsored rider Jay Petervary is racing the Cutthroat in the 2015 Tour Divide, and here he and his laden bike is.

And they are off! Exciting morning seeing the 2015 Tour Divide Grand Depart in Banff. Salsa sponsored athlete Jay Petervary locked and loaded. -Kid