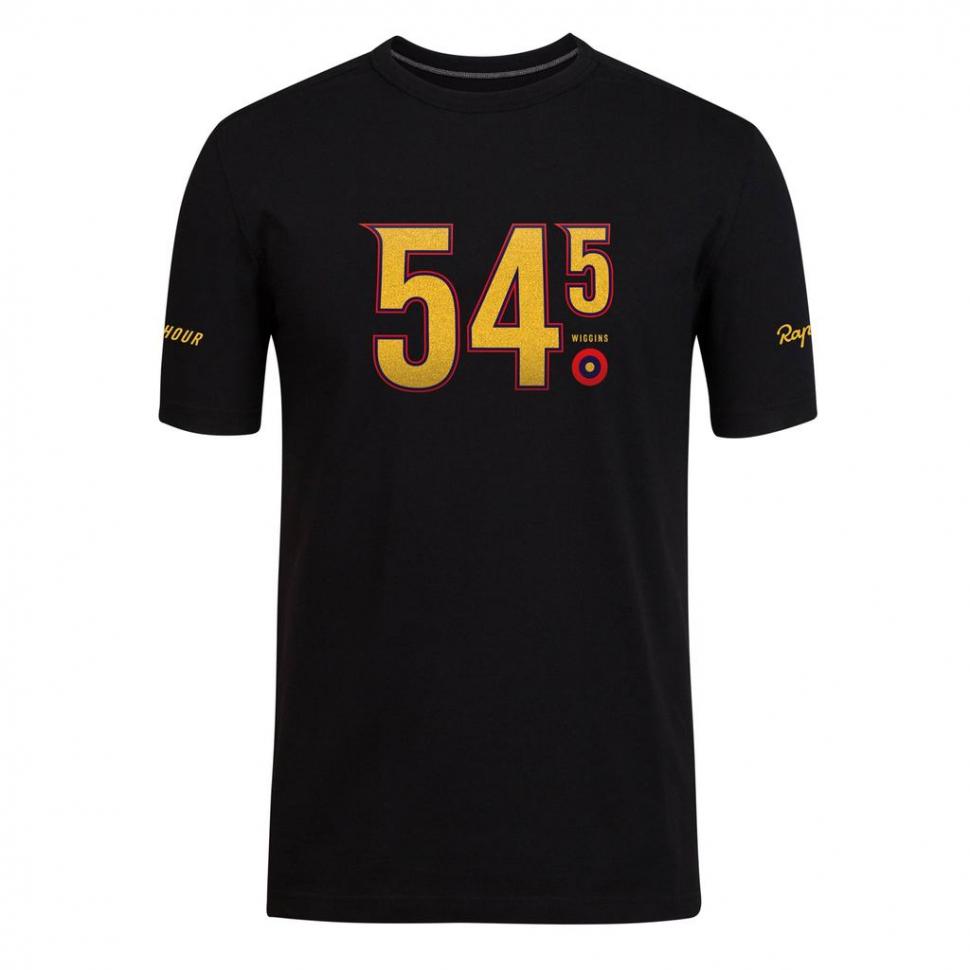 Clothing brand's staff had own race against time to put exact record on Sir Bradley's warm-down jersey...
by Simon_MacMichael

A shade under 24 hours after he broke it, Rapha have confirmed that they are bringing out a t-shirt to celebrate Sir Bradley Wiggins smashing the UCI Hour Record in London yesterday evening. While they aren’t accepting orders yet, you can register your details on their website to know when it’s in stock.

Costing £25 and available in sizes running from XS to XXL, the black cotton t-shirt has the Team Wiggins roundel, plus the numbers 54.5 – rounding up to the nearest tenth of a kilometre the distance the World and Olympic time trial champion rode in 60 minutes at Lee Valley VeloPark yesterday evening.

Wiggins himself got a rather more bespoke souvenir within minutes of his record-breaking ride – a long-sleeve Japanese silk version, together with rainbow bands on the cuffs and the distance to the nearest metre in gold embroidered thread on the front.

The Rapha team had practised their skills beforehand in what they term their own “time trial” – here’s an early version reflecting the 55km-plus Wiggins hoped to ride, but missed out on, almost certainly as a result of the atmospheric conditions over east London yesterday. 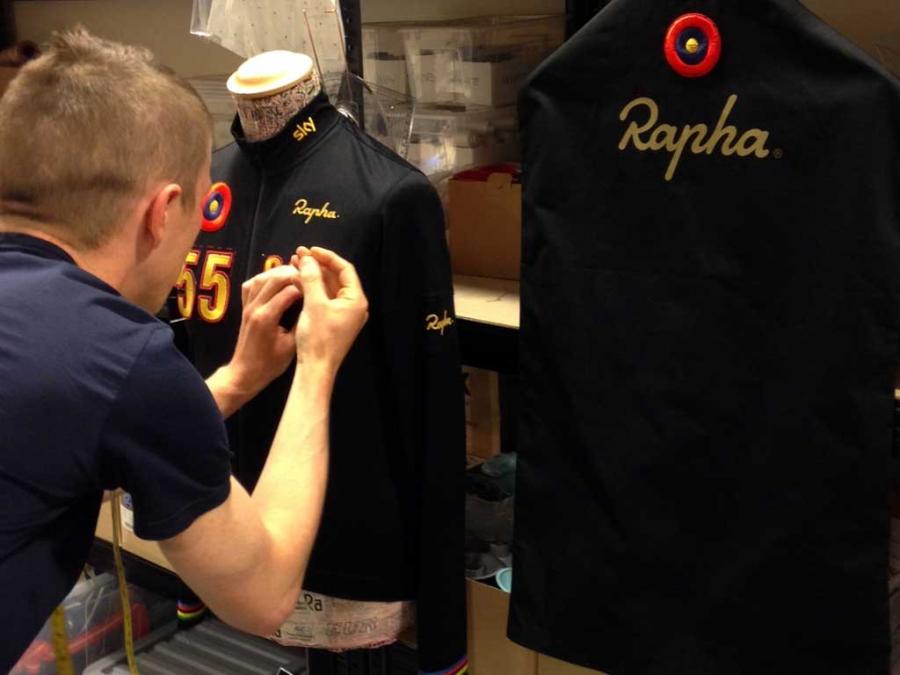 The made-to-measure, one-off piece was hand-stitched by Rapha seamstresses Carla Rees and Sharon Stokes, the latter helped by the company’s product development manager Jennifer Choi in putting the finishing touches to it as Wiggins’ neared the end of his ride.

“We had to be meticulous in our preparation and set-up beforehand to make sure everything went right – the pressure on us was pretty intense,” said Choi.

“We had a table in the middle of the velodrome, upon which we laid out the jersey, all of the gold numbers and ten sewing needles with black thread all ready to go. We were both very nervous as the hour went on, and had to use baby wipes to stop our sweaty palms!

“With a few minutes left we knew that he was going to get the record, so began stitching on the first number 5, gluing it in place first. We had marked out beforehand in red thread where the numbers should be stitched to keep them aligned.

“Each big number took 1 minute 18 seconds for Sharon to stitch on and with just over a minute to go we used the final prediction on the big screen to sew on the number 4 for 54km. Thank God he didn’t speed up or slow down.”

You can find out more about the making of that unique jersey on the Rapha website, and can notify your interest in the commemorative t-shirt there too.