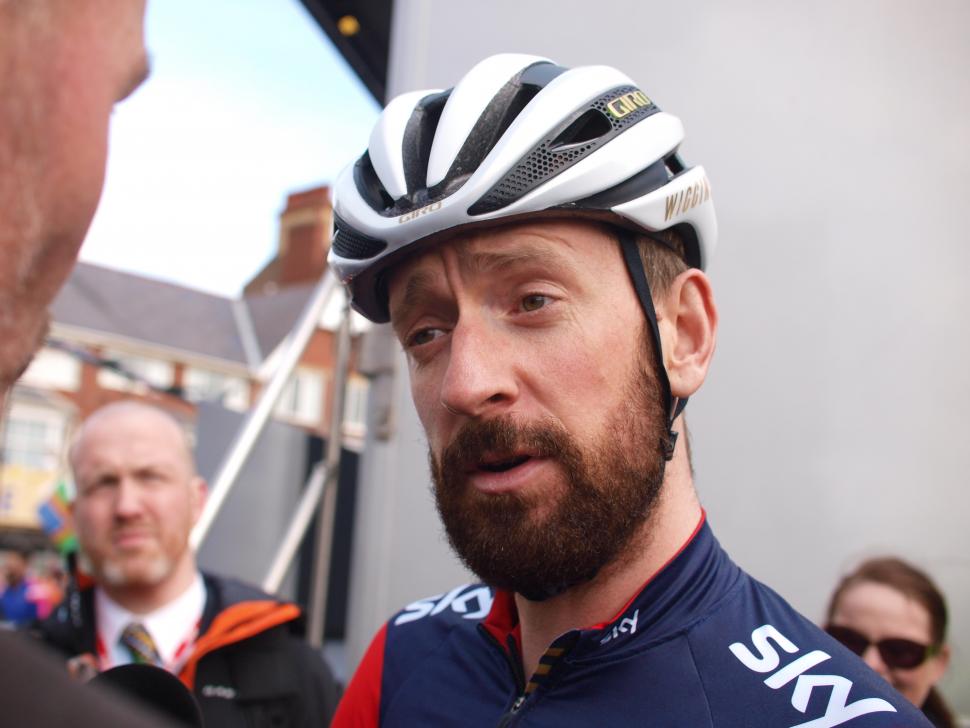 Suggests that helmets should be made compulsory
by Alex Bowden

“I think cyclists have to help themselves in terms of wearing helmets and things,” says Sir Bradley Wiggins. “I think that probably should go some way to becoming the law soon.”

Wiggins’ comments to the London Evening Standard are likely to once again ignite the eternal argument as to whether the wearing of cycle helmets should be made compulsory or not.

Last year, a Transport Research Laboratory report concluded that such legislation would “prevent head and brain injuries, especially in the most common collisions that do not involve motor vehicles, often simple falls or tumbles over the handlebars”. However, others argue that cycling levels fall once helmet use is enforced and conclude that such a measure therefore has a detrimental effect on public health in a broader sense.

This is not the first time that Wiggins has spoken on the issue. In 2012, he was at pains to emphasise that he had not been calling for helmets to be made compulsory, but merely observing that such a move might offer cyclists’ a stronger legal position in the event of a collision. Writing on Twitter, he said:

"Just to confirm I haven't called for helmets to be made the law as reports suggest. I suggested it may be the way to go to give cyclists more protection legally I [sic] involved In an accident. I wasn't on me soap box CALLING, was asked what I thought."

However, by 2013, his position appeared much firmer.

“I think certain laws for cyclists need to be passed to protect us more than anything. Making helmets compulsory on the roads, making it illegal to maybe have an iPod in while you’re riding a bike, just little things like that would make a huge difference.”

On this latest occasion, Wiggins was speaking ahead of his attempt to set a new Hour record next month. He again expressed his hope that his efforts might inspire people to cycle more themselves.

“Something like The Hour record, when you think the distance covered in that, you could cross the length and breadth of London. It maybe changes the outlook for many people of how to get about. Hopefully it will inspire a lot of people to get out there. There might be just one kid in that velodrome who is inspired to do what I do, as I was 20 years ago.

“The atmosphere in the velodrome will be incredible. It’s quite humbling to think a lot of people paid good money to come and watch you do it. If it’s anything like the Olympics was, they will help the time pass a lot quicker.”