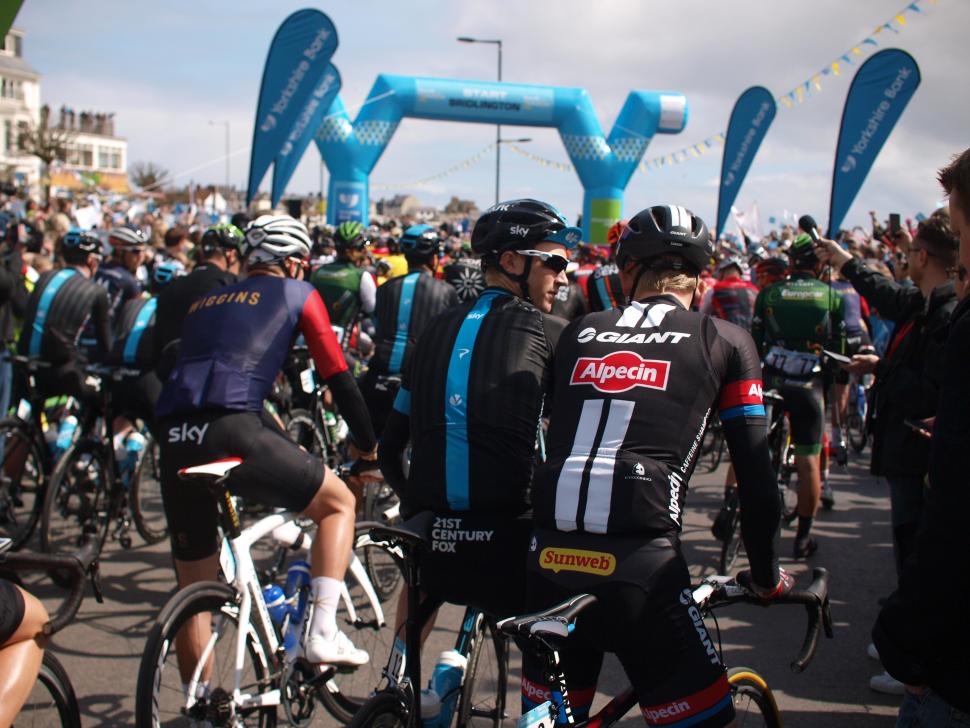 Team Sky's Lars-Petter Nordhaug has won the opening stage of the inaugural Tour de Yorkshire in Scarborough - but the British team's celebrations will be muted after one of the pre-race favourites, Ben Swift, who hails from Rotherham, crashed out during the 174km stage from Bridlington.

Nordhaug, along with team mate Philip Deignan who finished fifth, was one of five riders who contested the finish in the North Yorkshire resort on a day when tough terrain and crosswinds blew the peloton apart.

Greg van Avermaet of BMC Racing led a group of 10 riders home to claim sixth place, 1 minute 10 seconds behind the leader, with Yorkshire's Russ Downing, now riding for Danish outfit Cult Energy, leading the next group in, another 1 minute 10 seconds down.

Marcel Kittel of Giant-Alpecin, who took the first yellow jersey of last year's Tour de France in Harrogate, had an unhappy return to Yorkshire - the German, who is recovering from illness, abandoned halfway through the stage.

Afterwards, Nordhaug told the Team Sky website: "It's great to take the victory.

"With all the spectators here it's massive and I feel like I'm riding at home riding for Sky. This is really great. The team were so strong today, riding all day to make it hard. We were riding for Ben Swift but he crashed pretty hard which is a shame. Then I had to try and do something.

"I felt a bit tired in the start after Liege-Bastogne-Liege on Sunday but after 100km when we started riding really hard I felt better and better. I was afraid of (Samuel) Sanchez and especially Voeckler in the sprint. I tried one attack to see how strong they were but that was only to try and win the sprint.

"This stage was a lot harder than I thought. But that was because we were riding hard as a team and the team did a great job. I think it will be hard for the next two days."