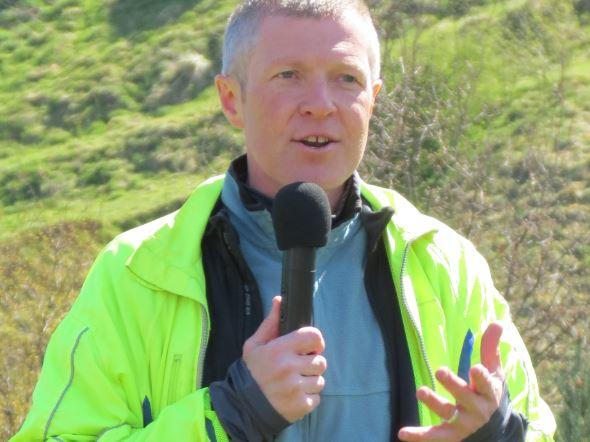 The leader of the Liberal Democrat Party in Scotland, Willie Rennie, clocked up an improbable speed of 81mph on Saturday on the ride-sharing site Strava – after forgetting to switch his GPS off as he drove home after Saturday’s Pedal on Parliament.

Mr Rennie had ridden to the event in Edinburgh with a feeder ride from Fife, where he lives, switching to his car for the journey home, reports the Daily Record.

His average speed on the ride was 11mph, but the MSP for Mid-Scotland and Fife left his Strava app running and hit 81.2mph on the M90 near Hill of Beath, breaking the speed limit of 70mph, as he drove home to Kelty, Fife.

A spokesman for his party said: “This is an app for measuring running and cycling, not cars travelling on motorways.

“Willie always tries to stick to the speed limit and does not believe he broke it on this drive, but it is always worth everyone remembering the importance of driving safely.”

Earlier in the day, Mr Rennie had addressed a crowd of around 4,000 cyclists outside the Scottish Parliament building at Holyrood.

Referring to a promise made at the event by the Scottish transport minister that the SNP would increase funding for cycling during 2015/16, he said: "My pledge is to keep Derek Mackay to live up to his pledge.

“Liberal Democrats have committed to increase spending on active travel every year.

“We need drivers to think about us as vulnerable people on the roads. Your voice is being heard in parliament and we will continue to make it a priority.”