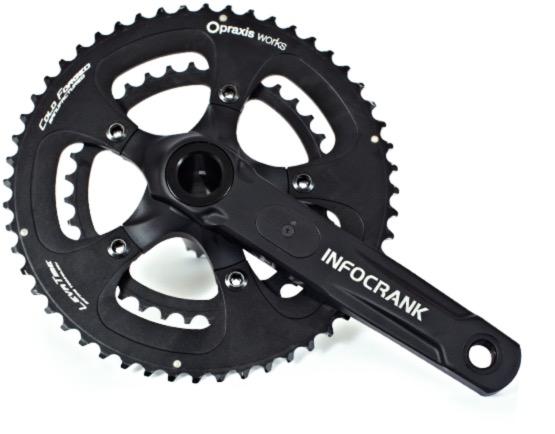 Verve Cycling’s InfoCrank power meters are now available to buy and hire in the UK, and we met Verve’s president Bryan Taylor last week to find out all the details on the system.

InfoCrank is a crank-based system, as the name suggests, that incorporates two strain gauges on each side, so it is able to offer separate measurements for your left and right legs. For more info on the background to the product go to our story from last year.

“This is the first commercially developed power meter – that is, a measuring device that is actually measuring the torque going through the crank multiplied by the cadence equalling watts,” said Bryan Taylor. “All of the power devices up until this one was released were measuring torque somewhere and then in some way trying to calculate the tangental force and then work out the watts, sometimes quite successfully.

“If you work out something in a convoluted way like that you can’t put an equals sign at the end, you have to put an approximate sign. With this product we can now honestly say that this equals that.” 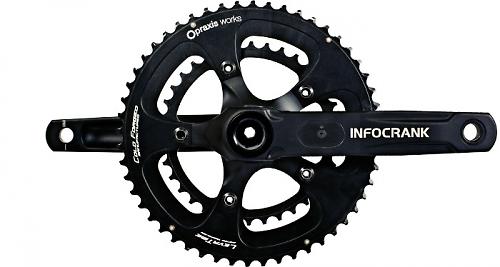 The Verve Cycling engineers believe that there are fundamental problems with pedal-based power meters – or ‘power devices’, as they prefer to call them.

“The pedal joint is almost the weakest point on the bike, the bearings inside the pedal are particularly weak, and the problem when you get to the pedal is that there are forces going everywhere,” said Bryan Taylor. “It’s difficult to determine which force is which.

“With InfoCrank we are measuring only the tangental force. All the force is going down the edges of the cranks. We’ve carved them out as much as we can we and put the strain gauges where it is all happening.”

Each crank records 256 times per second and the average torque for the pedal stroke is sent every time the crank passes the system’s magnet. The data can be picked up on an ANT+ device from InfoCrank – it’s actually made for them by o-synce – or a third party like Garmin, for example.

Verve Cycling claim that InfoCrank is accurate to ±0.2 N m (newton metre) for measurements below 20 N m, and to 1% of actual readings for measurements above 20 N m. It has a power range of up to 3,000 watts, so it’ll cover everyone.

Although you can’t currently get pedal stroke analysis with InfoCrank, that information is on the way.

“We have software inside which we have not released yet where we are also able to take up using certain methodologies that enable us to show the entire pedal stroke,” said Bryan Taylor. “The software enables us to totally reconstruct the pedal stroke. It already in every set of InfoCranks and we’ll probably be releasing that to coaches soon.”

The head unit will store the torque information and you’ll upload it to a computer for analysis later on. 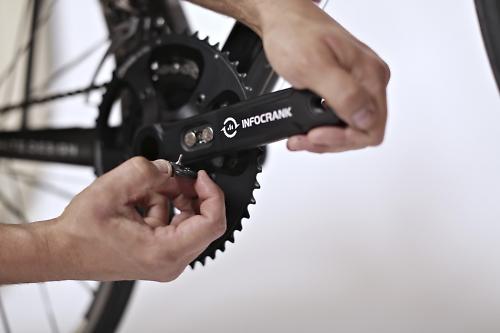 InfoCranks work on widely available SR44 batteries, two on each side. If you ride three hours a day, four days a week, they’ll need replacing once a year, according to Verve Cycling.

Of course, the power meter world is getting ever more competitive with some systems less than half the price. If you’re interested in InfoCrank but you’re not sure you want to commit, you can hire one for three months at a cost of £85, plus a £150 deposit.

Swapping InfoCranks between bikes isn’t as easy as with some other power systems. If you’re likely to be doing this often it’s probably best to have a relevant bottom bracket permanently on each bike and then just swap the chainset, which is a single-bolt Allen key job.

InfoCrank give a weight of 649g complete with the power module. The system is waterproof (to IPX7 standard) and it adjusts automatically for temperature so there’s never a need to recalibrate.

For more info go to http://infocrank.uk/