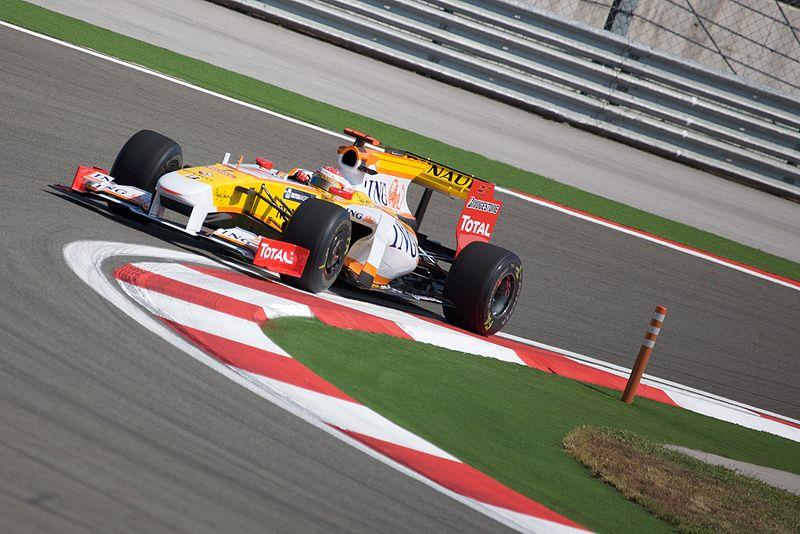 Two-time Formula 1 World Champion Fernando Alonso may be focused right now on preparations for the forthcoming season with his new employers, Ferrari, but he’s also thinking ahead to creating his own outfit – a cycling team that he hopes will one day win the Tour de France.

If that sounds rather fanciful, it should be pointed out that the Spaniard’s partner in the project is no stranger to the Champs-Elysées podium – none other than his friend and double yellow jersey winner, Alberto Contandor.

Speaking to The Guardian, Alonso, who won the Formula One drivers’ championship in 2005 and 2006, said: "It's a project for me – a kind of dream I have because I love cycling. Creating a top team and being in a position to win the Tour de France will give me a nice feeling.”

The driver, who has raced for the Oxfordshire-based Renault team for seven out of the last eight seasons, is aware of the scale of the challenge, however. “I know it is not easy to create a top team from zero,” he said. “You need good riders, good staff, a lot of preparation and, most important, a lot of sponsors. So I don't think we are in the right moment to start a project like this, because of the world economy."

The 28-year-old told the Guardian that the project needn’t wait until he retired from Formula One. "No, it can happen at the same time,” he insisted. “It is something Alberto and I can work on. As I said I'm very open. I know this year he is with Astana but from next year onwards, for sure, if there is an opportunity I will be very interested. I think he will be interested as well."

Last November, Contador confirmed that he would be seeing out the final year of his contract with the Kazakh team, subject to it successfully renewing its ProTour licence, meaning that he will become a free agent at the end of the 2010 season.

Many Formula One drivers, including current World Champion Jenson Button, who last year competed in the London Triathlon, and the Australian Mark Webber, who missed the start of the 2009 season after being hit by a 4x4 during a cycling event he organises in Tasmania, switch to two wheels when not driving to help keep in shape.

Alonso is no exception, although a busy schedule meant that he was unable to hit the road with Contador over the winter. "He invited me to train with him a couple of times,” he explained, “but I was always trying to have something else to do that day!”

His second-choice training partner wasn’t a bad substitute, however. “I trained with the Olympic champion Samuel Sánchez, who is from my city [Oviedo in Asturias, north west Spain], and with some of Alberto's team‑mates from Astana."