Subscribe
Back to news
news
Leisure
Community
Art and design 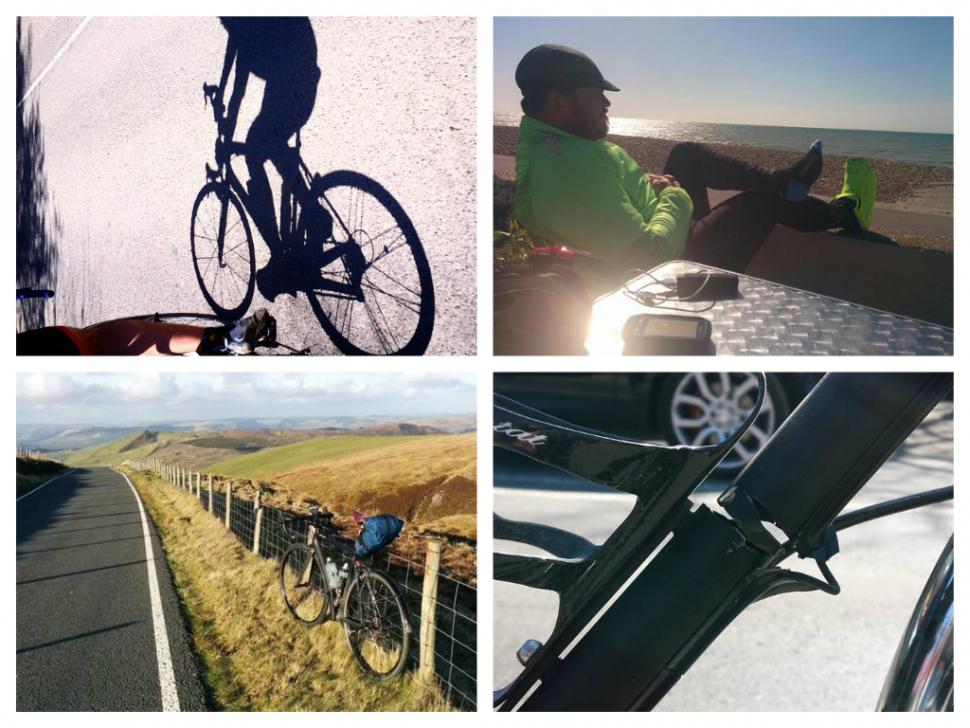 #mycyclingweekend 11 - Selfies in the sunshine

Socks by the seaside, broken bunny-hopped frames, and more selfies than you can shake a selfie stick at - here's your cycling weekend...
by Elliot Johnston

It must have something to do with the sunshine, because we've never been sent so many selfies on a #mycyclingweekend before.

Despite the sunshine, conditions out on the UK's roads this weekend were hardly idyllic. We had a fairly consistent cold wind all weekend, so we're super impressed at the number of you who sent us such smiley selfies

We'll kick off with a selection of the selfies in question:

A photo posted by Derek (@v4honda) on

A photo posted by Justin Berman (@justin.berman) on

#mycyclingweekend 7 miles with the dog, some Strava trophies and top 10s and a trip to Chicksands with these two.. pic.twitter.com/v7fw5ifXu0

Obviously, between breezes, the warm sunshine left corners of the country in some rather pleasant pools of summery sunshine. Last week's photo competition winner Jason Burns even took a trip to the seaside to take a photo showing off his prize road.cc socks.

On Instagram we also saw Laurence Kemball-Cook's photos of his crystal clear 110 mile ride to Salisbury Cathedral, we saw snaps of Jenny Ondioline's ride through the Chilterns on Twitter, and Leo Plaster's suspiciously lizard-filled and surprisingly sunny ride north of Glasgow - Scotland in April? Really?

110 miles of pain later... We made it to Salisbury Cathedral! #cycle #canyon #bikes #strava

Those of us here at road.cc who weren't recovering from our visit to the Hotel Belvedere on road.cc Italy Week managed to enjoy a weekend ride or two in the spring sunshine.

Our editor Tony's weekend came to something of a premature end, however, as an ill-advised bunny hop at the breakneck speed of 2mph did this to his steel downtube:

#mycyclingweekend . ..it wasn't even a big bunny hop

A photo posted by Road.cc (@road_cc) on

As always, us UK-based cyclists weren't the only ones out this weekend. Joining us from the international road.cc community were Instagram users adrian_0014 in Spain, and tuomas_ in Japan, as well as Twitter user @young_phoagy who was in Colorado.

A photo posted by Adrian Rodriguez (@adrian_0014) on

A photo posted by Tuomas (@tuomas_) on

Keep your eyes peeled for the pre-weekend #mycyclingweekend 12 piece on Friday, who knows it might involve another sock competition!