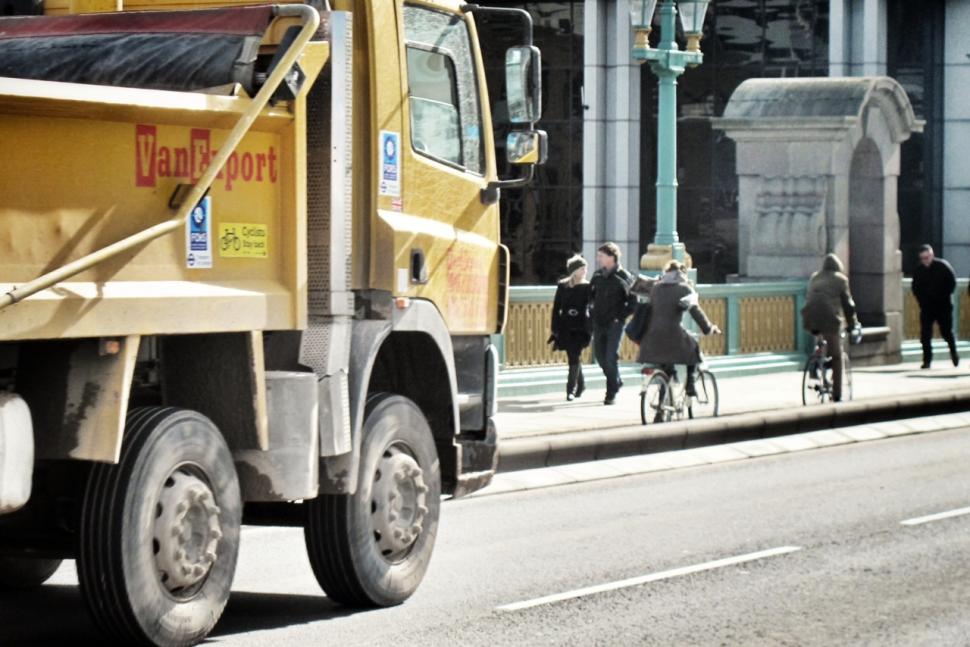 Employers and contractors of drivers who kill should be held accountable, says advocacy body
by John Stevenson

In the wake of another apparently light charge for a driver who killed a cyclist, cycling advocacy charity CTC says that the law needs to take dangerous driving more seriously and has called for corporate manslaughter charges to be brought against the employers of professional drivers who kill.

Yesterday's news that the driver who killed Alan Neve had pleaded guilty to causing death by careless driving generated incredulity from  cycling advocates.

Barry Meyer admitted killing Alan Neve on July 15 2013. He was driving a tipper truck for which he didn't have a licence, and had no insurance. He was following a colleague through the complex junction at High Holborn when he ran a red light and hit Alan Neve, dragging his body along the street.

Meyer had numerous previous convictions for driving offences and had been banned five times.

Mark Treasure, chair of the Great Britain Cycling Academy, spoke for many when he asked on Twitter: "How can jumping a red light in an HGV in central London, while disqualified and uninsured, be merely "careless"?"

Through its Road Justice campaign, cycling advocacy charity CTC has been campaigning for tougher charges and penalties for drivers who kill and seriously injure cyclists.

CTC campaigns & policy director Roger Geffen says "it’s not just the CPS in London who are failing to bring dangerous driving prosecutions.  The same is happening across the country." 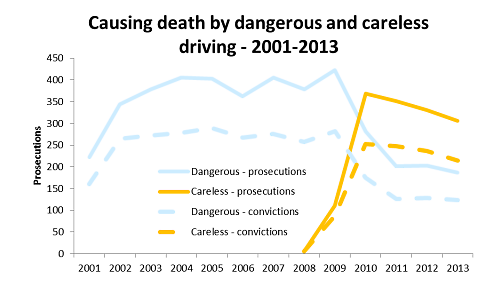 The silver lining is that more drivers are being prosecuted for causing death, where previously they might not have been charged with a serious offence at all.

Geffen says: "Although the newer offence allows for stiffer penalties in cases which were previously treated as nothing more than “careless driving” (i.e. with the death often not even being mentioned in a magistrates court trial), it has also led to a massive decline in the CPS’s willingness to prosecute for ‘dangerous’ driving offences, exactly as CTC warned."

As well as astonishment that Meyer was not charged with a more serious offence, many asked how a man with no licence for a tipper truck, and his previous record, had even been employed as a driver at all.

An important aspect of the case, says Geffen, is "how come an operator or contractor was willing to hire or employ Barry Meyer to drive a lorry, given his string of previous convictions."

Alan Neve was far from the first vulnerable road user to be killed by a driver who should not have been behind the wheel.

In June 2009, Catriona Patel was  killed by Dennis Putz, who had a string of past convictions, a known drink-driving history and a “god-awful hangover” at the time.

In June 2011, Nora Gutmann was killed by Joao Lopes. Lopes was driving the lorry that killed cyclist Eilidh Cairns in 2009, but the only charge he faced in connection with that death was driving with uncorrected defective vision.

In July 2013 Andrew Mcmenigall and Toby Wallace were killed by Robert Palmer. Palmer was found to have been working hugely excessive hours, using a mobile, and went on to commit a further dangerous driving offence just two months later.

Geffen says the Justice Ministry is now engaged in a review of road traffic offences and sentencing, and CTC will carry on demanding that driving which causes obvious danger should be treated in law as dangerous driving, not dismissed as mere carelessness.

But employers and contractors who operate HGVs also need to be held to account, he says: "We also need to keep pressing the courts and Traffic Commissioners to pay more attention to the issue of holding lorry drivers’ employers and contractors to account for ensuring they only hire or employ drivers with a safe record. One or two corporate manslaughter prosecutions might help focus minds in the industry.”