Interview: Dave Sims, a man training to ride the Tour de France on a Raleigh Chopper

A man, his Raleigh Chopper, and an ambition to ride the entire Tour de France route
by David Arthur @davearthur

Majorca’s Sa Calobra is a pretty tough climb on a 7kg carbon fibre road bike, let alone tackling the 9.4km road with its 7% average gradient on a 38lb Raleigh Chopper. How about riding up it three times on the same day? Sheer lunacy is probably your first thought. But that’s the sort of training that British cyclist Dave Sims hopes will prepare him for the 3,344km route of the Tour de France, which he plans to ride two days in advance of the professional race. 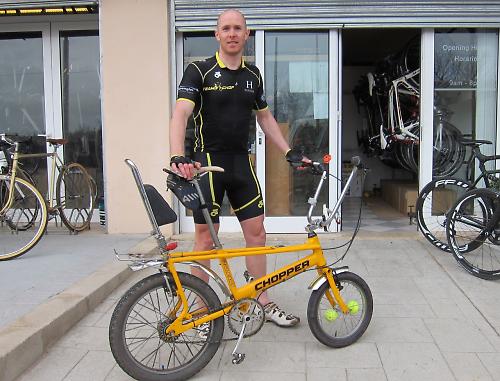 I’ve been out in Majorca this week (press trip, yes it's a hard life etc) and was fortunate enough to not only seen the bizarre sight of a man descending Sa Colobra on a banana yellow Chopper, while I was sweatily grovelling up it in 24 degree heat, but catch up with him later that day. Keen to find out more, I set me phone to recording and threw a couple of questions at him.

road.cc: Can you tell me about your Chopper challenge and what it entails?

Dave Sims: The challenge is to ride the entire route of the Tour de France in advance, on a Raleigh Chopper. I’m trying to raise as much money as I can for Help for Heroes. It’s a solo project, it’s just me, I am Team Chop.  My mate, Jonathan, is driving the motorhome. 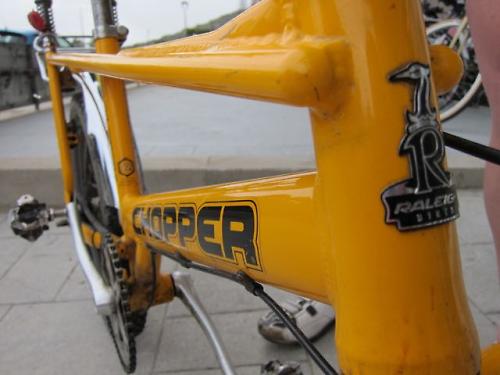 I’ll be two days ahead of the Tour. The route is the same, the time trial, the mountains stages, all are the same, everything is done as close as I can do. In reality, most days  I might end up doing more kilometres than they do, because they go on a lot of main roads, almost motorways, and I want to avoid that, so I might end up doing longer anyway.

The burning question, why the Chopper?

[Laughs] Okay. Well, you know when you see people doing the London marathon in a rhino outfit or with a washing machine on their head, I kind of thought, well I’m raising a lot of money for charity, not trying to prove anything, just to be different and be unique, so I thought if I want to raise as much money for Help for Heroes, I could do it on a road bike, and that’s great, that’s hard enough as it is, but a lot of people have done that already, so I thought what could I do it on? Could I do it on a BMX? A unicycle?  And then I just thought, you know what, I’ll do it on the Raleigh Chopper. 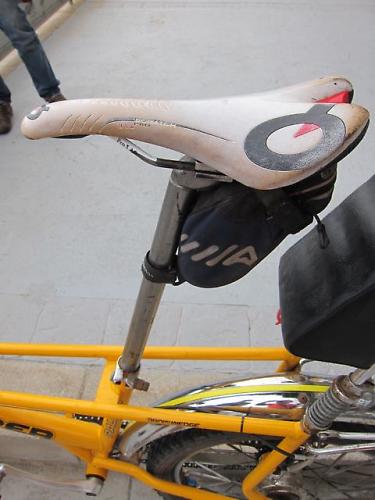 So I got one last July and I did the Etape du Tour. A lot of people didn’t think I would be able to finish it, but I ended up getting a really good time. I think I was only about half an hour slower than Geoff Thomas. Don’t tell him that though. So 7hr 30min for 100 miles and 4000m of climbing. I would have got a better time but the brakes weren’t working very well in the wet.

Is the Chopper you’re riding brand new or an old one?

There are four marks of Chopper, the one I’m riding now is a mark 3, so it’s slightly more modern. I’ve put a grip shift on it, and it was 3-speed, but I’ve changed it to 8-speed [using a gear hub - Ed) 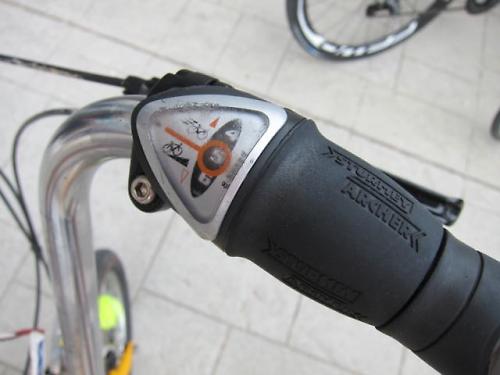 It was 3-speed, I've changed it to 8-speed (with a Sturmey-Archer gear hub). It’s got an aluminium, not steel, frame, and the main reason for that, other than weight, is that the chain stays are tapered off better, so I can have longer crank arms. The original crank arms are only 165mm, I couldn’t fit 172.mm because it was hitting the chainstays, so I’ve had to go for 170m. Even now I feel like I’m twiddling my legs along a bit.

Apart from those changes, have you tried to keep it faithful to the original?

Yes. The most important thing is I’ve kept the tyres the same. The original red line tyres, and they’re an absolute nightmare because the maximum pressure is about 3 bar, so they like glue on the road. Now I could put slicks on, but then it’s going away from being a Chopper. 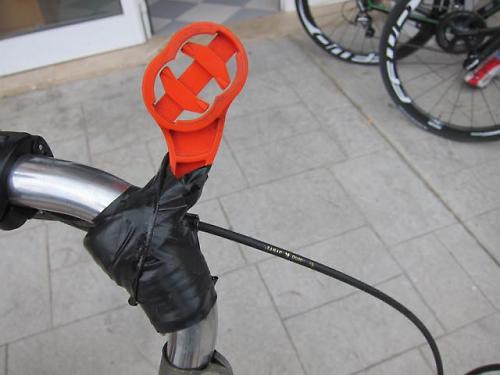 But it would still be a chopper with some decent tyres on?

It would and wouldn’t. It would make life a lot easier for myself.

Have you got one bike or a fleet of them?

No, I’ve got two bikes, and loads of spares. I’ve got six sets of wheels, one of my sponsors, Velo-smith, down in the south, they’ve designed spares specifically for me, with really strong rims and spokes to cope with the cobbles in Belgium, because the original wheels would buckle straight away, and I mean straight away. 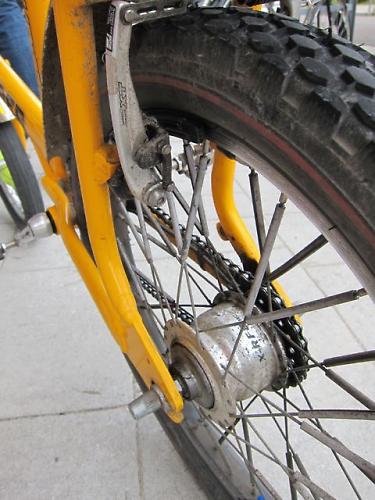 So I’ve got some really good wheels for the cobbles, I’ve got some light ones for the mountains, so yeah, the wheels and handlebars are the main battles (he told us later that the handlebars keep bending and only last a few weeks before breaking).

What do you anticipate bing the biggest challenge?

I’ve thought about this a lot actually. I think, believe it or not, it’s going to be the Belgium stages, because of the cobbles, and because they’re very long. One of the stages is, I think, 138 miles, and if I’ve got a headwind, it’s just me, I can’t draft behind any one. So I’ve got a feeling the long flat stage because I’m out on my own all day.

You’re not worried about the climbs then?

The climbs are actually what I’m good at. The Tour de France all about the climbs of course. 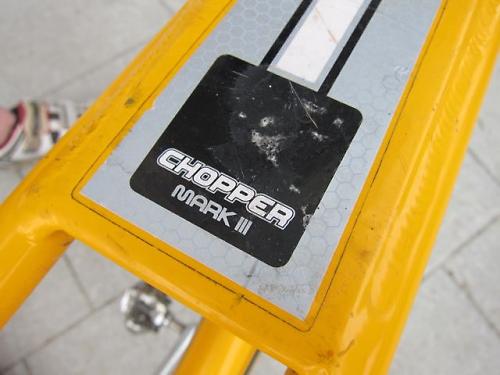 It can’t be very light for the climbs, what does the bike weigh?

Fully laden with tools and water bottles, it’s 38lb. I’m carrying tools just in case, the motorhome isn’t following me the whole way round, so I need to take some spares. But yes it’s solid. I’ve lost about 4 or 5kg since last July. I want to be about 68kg, which will be the lightest I’ve ever been. I’m lean now, but I can get better.

On the flat, I can do between 15 and 18mph, without pushing my heart rate too high. I have averaged over 20mph before for an hour, but I wouldn’t be working at that sort of intensity. I’ve got 8 gears, gear 5 usually gets me about 15mph at about 130bpm, so that’s my ticking over speed. I’m not trying to break any speed records doing this. The flats I’m happy with. On the climbs I’ve just got to put it in gear 1 and sit and spin, and spin.  And that’s what I was doing on the Sa Calobra yesterday. 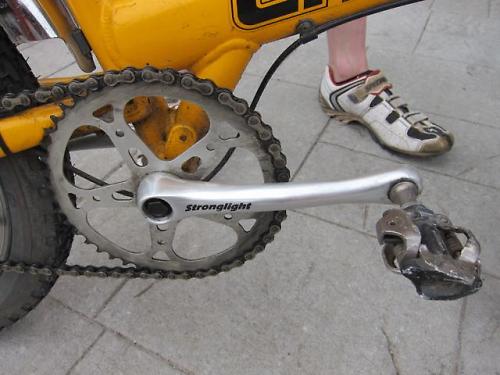 Is there going to be a world record for this change?

I haven’t checked that out, there is potential. I know last year I set an unofficial land speed record, I got up to 39mph on the flat, in a sprint. That’s on YouTube but yeah I’ll have to check with the Guinness Book of Records. So far, I’m the only person I see going up and down Sa Calobra three times.

You can sponsor Dave at his fundraising page here www.bmycharity.com/DavidSims

I couldn’t resist an invitation to swing a leg over the Chopper and take it for a quick blast up and down the road. In a straight line it feels surprisingly speedy and it zips up to speed reasonably well. The position is obviously a lot more upright; the handlebars place your hands straight out in front of you and angled outwards. It feels very strange. Turn the handlebars and the speed of steering is very alarming, the turn-in speed takes you by surprise through the first couple of corners. It's about as far removed from the road race bike I was riding for 5-hours previous to this encounter. 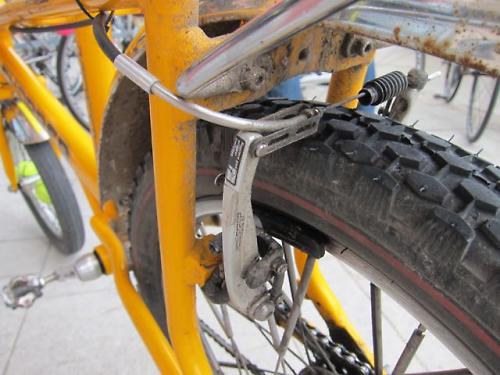 It’s hard to imagine what it would be like on a long descent like Sa Colobra, let alone the bigger mountain descents Dave will face in the Toue de France. A handful I would assume, based on this very brief spin. And the climbing, well I can't imagine what a slug it must feel like on longer ascents

Riding a Chopper will certainly ensure Dave’s challenge stands out, but completing it will be a huge accomplishment that will take some deep reserves of commitment, dedication and patience. Let's just hope the bike holds out over the three weeks. If he completes it, it's a challenge not likely to be repeated anytime soon.